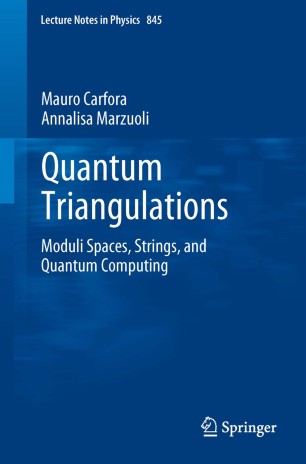 Research on polyhedral manifolds often points to unexpected connections between very distinct aspects of Mathematics and Physics. In particular triangulated manifolds play quite a distinguished role in such settings as Riemann moduli space theory, strings and quantum gravity, topological quantum field theory, condensed matter physics, and critical phenomena. Not only do they provide a natural discrete analogue to the smooth manifolds on which physical theories are typically formulated, but their appearance is rather often a consequence of an underlying structure which naturally calls into play non-trivial aspects of representation theory, of complex analysis and topology in a way which makes manifest the basic geometric structures of the physical interactions involved. Yet, in most of the existing literature, triangulated manifolds are still merely viewed as a convenient discretization of a given physical theory to make it more amenable for numerical treatment.

The motivation for these lectures notes is thus to provide an approachable introduction to this topic, emphasizing the conceptual aspects, and probing, through a set of cases studies, the connection between triangulated manifolds and quantum physics to the deepest.

This volume addresses applied mathematicians and theoretical physicists working in the field of quantum geometry and its applications.