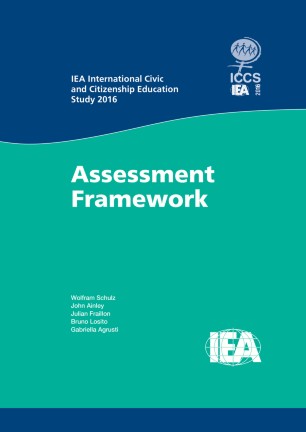 The International Civic and Citizenship Education Study (ICCS) investigates the ways in which young people are prepared to undertake their roles as citizens in a range of countries in the second decade of the 21st century. ICCS 2016 is a continuation of a study initiated in 2009. This document outlines the framework and assessment design for the ICCS 2016.

ICCS 2016 will report on student knowledge and understanding of key aspects of civics and citizenship, as well as student attitudes to, and engagement with, civic life. This survey is intended to respond to enduring and emerging challenges of educating young people in a world where contexts of democracy and civic participation continue to change. New developments include the increase in the use of social media as a tool for civic engagement, growing concerns about global threats and sustainable development, as well as recognition of the role of schools in fostering peaceful ways of interaction between young people.