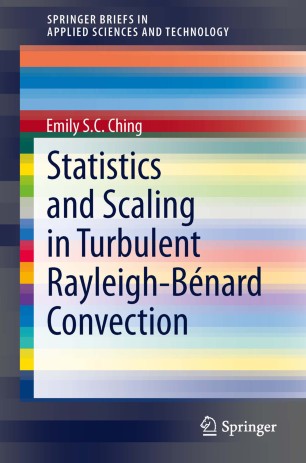 This Brief addresses two issues of interest of turbulent Rayleigh-Bénard  convection. The ﬁrst issue is the characterization and understanding of the statistics of the velocity and temperature ﬂuctuations in the system. The second issue is the revelation and understanding of the nature of the scaling behavior of the velocity temperature structure functions. The problem under the Oberbeck-Boussinesq approximation is formulated. The statistical tools, including probability density functions (PDF) and conditional statistics, for studying fluctuations are introduced, and implicit PDF formulae for fluctuations obeying certain statistical symmetries are derived. Applications of  these PDF formulae to study the fluctuations in turbulent Rayleigh-Bénard convection are then discussed. The phenomenology of the different types of scaling behavior: the Bolgiano-Obhukov scaling behavior when buoyancy effects are significant and the Kolmogorov-Obukhov-Corrsin scaling behavior when they are not, is introduced. A crossover between the two types of scaling behavior is expected to occur at the Bolgiano length scale above which buoyancy is important. The experimental observations are reviewed. In the central region of the convective cell, the Kolmogorov-Obukhov-Corrsin scaling behavior has been observed. On the other hand, the Bolgiano-Obukhov scaling remains elusive only until recently. By studying the dependence of the conditional temperature structure functions on the locally averaged thermal dissipation rate, evidence for the Bolgiano-Obukhov scaling has recently been found near the bottom plate. The different behaviors observed in the two regions could be attributed to the different size of the Bolgiano scale. What physics determines the relative size of the Bolgiano scale remains to be understood. The Brief is concluded by a discussion of these outstanding issues.