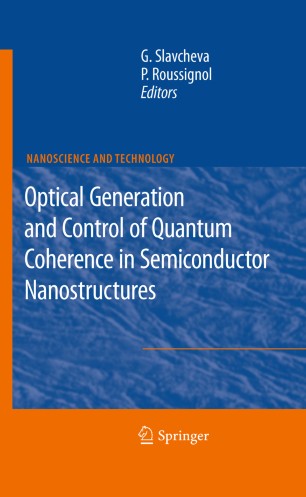 Optical Generation and Control of Quantum Coherence in Semiconductor Nanostructures

Part of the NanoScience and Technology book series (NANO, volume 0)

The unprecedented control of coherence that can be exercised in quantum optics of atoms and molecules has stimulated increasing efforts in extending it to solid-state systems. One motivation to exploit the coherent phenomena comes from the emergence of the quantum information paradigm, however many more potential device applications ranging from novel lasers to spintronics are all bound up with issues in coherence. The book focuses on recent advances in the optical control of coherence in excitonic and polaritonic systems as model systems for the complex semiconductor dynamics towards the goal of achieving quantum coherence control in solid-state. Special attention is given to the optical control of spin coherence. These front edge research topics are presented in the form of review articles by leading scientists.