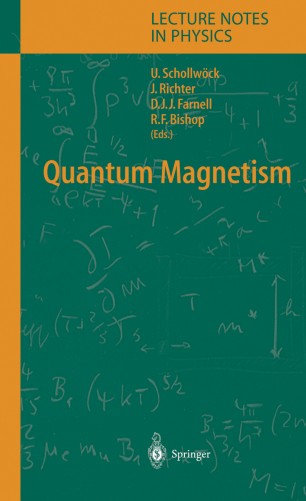 The investigation of magnetic systems where quantum effects play a dominant role has become a very active branch of solid-state-physics research in its own right. The first three chapters of the "Quantum Magnetism" survey conceptual problems and provide insights into the classes of systems considered, namely one-dimensional, two-dimensional and molecular magnets. The following chapters introduce the methods used in the field of quantum magnetism, including spin wave analysis, exact diagonalization, quantum field theory, coupled cluster methods and the Bethe ansatz. The book closes with a chapter on quantum phase transitions and a contribution that puts the wealth of phenomena into the context of experimental solid-state physics. Closing a gap in the literature, this volume is intended both as an introductory text at postgraduate level and as a modern, comprehensive reference for researchers in the field.