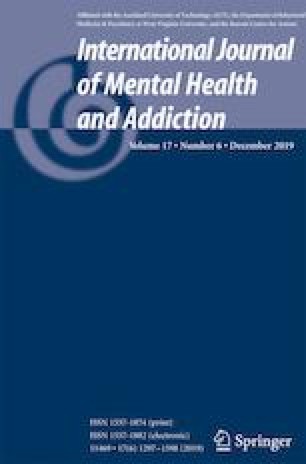 The Future of Gaming Disorder Research and Player Protection: What Role Should the Video Gaming Industry and Researchers Play?

In May 2019, the World Health Organization (WHO) officially included gaming disorder (GD) in the eleventh revised edition of the International Classification of Diseases. Although the video game industry does not accept the WHO’s decision to class GD as a genuine mental disorder, there is now arguably an onus on the video game industry to develop and undertake responsible gaming initiatives aimed at player protection and harm minimization. The present paper argues that the gaming industry does not have to “reinvent the wheel” as there are many responsible gaming tools and initiatives used by the gambling industry that they could implement (e.g., limit-setting, self-exclusions, personalized messaging, pop-up reminders). The paper also argues that like the gambling industry, the video game industry has an abundance of high-quality data in the form of player account data (i.e., behavioral tracking data) and that researchers should work collaboratively with the gaming industry to use such data to learn more about the acquisition, development, and maintenance of gaming and GD among its clientele. It is also noted that while there is the need for such cooperation, the integrity of independent research should not be jeopardized nor undermined in this process. In addition to the clear need of establishing a scientific partnership between gaming operators and researchers, the paper also outlines several steps and recommendations to improve the overall quality of research in GD.

On May 25, 2019, the World Health Organization (WHO) officially included gaming disorder (GD) in the latest (eleventh) revision of the International Classification of Diseases (ICD-11; WHO 2019). High-profile debates in both the mass media and learned journals about whether GD should be classed as an official mental disorder have raged ever since the American Psychiatric Association (2013) included Internet Gaming Disorder (IGD) as a tentative disorder in the latest (fifth) edition of the Diagnostic and Statistical Manual of Mental Disorders (e.g., Aarseth et al. 2017; Billieux et al. 2017; European Games Developer Foundation 2018; Griffiths et al. 2016, 2017; King and Delfabbro 2013; King and Gaming Industry Response Consortium 2018; Kuss et al. 2017; Petry et al. 2014; Rumpf et al. 2018; Saunders et al. 2017).

Although (predictably) the video game industry does not accept the WHO’s decision to class GD as a genuine mental disorder (European Games Developer Foundation 2018), there is now arguably an onus on the video game industry to develop and undertake responsible gaming initiatives aimed at player protection and harm minimization. In the same way that the gambling industry has had to embrace social responsibility and a duty of care towards their clientele in efforts to prevent problematic gambling, the video game industry should now do the same to prevent GD, as has been proposed before by various scholars (e.g., van Rooij et al. 2010; Yousafzai et al. 2014).

This is an area that the video game industry does not have to “reinvent the wheel” as there are many responsible gaming tools and initiatives they could utilize by “borrowing” from the gambling industry (i.e., sharing best practice). Over the past 15 years, there has been a large increase in both online and land-based gambling operators introducing a wide range of responsible gambling tools including (but not limited to) pre-commitment limit-setting tools (i.e., tools allowing gamblers to set the amount of time and money they are prepared to spend gambling), self-exclusion tools (e.g., tools allowing gamblers to temporarily or permanently exclude themselves from gambling at specific online gambling websites for particular periods of time), “cool-off” periods (e.g., short mandatory breaks from gambling that provide players with an opportunity for a “reflective” time-out), personalized messaging (e.g., providing information to gamblers via text-messaging and/or email about aspects of their gambling such as how much money they have lost in a specified time period), pop-up messaging (e.g., messages appearing on slot machines or on electronic devices while gambling to inform players about the amount of time they have been playing and/or the number of consecutive games they have played without a break), and behavioral tracking tools (e.g., tools like PlayScan which analyze gambling behavior in real time and provides feedback to players about whether their gambling is risky or not) (Harris and Griffiths 2017).

All of these tools could be adapted and utilized by the video game industry to help protect their clientele and minimize potential harms stemming from excessive gaming. In the past year, and as part of their commitment to protecting social network users from excessive use, social media operators such as Facebook and Instagram and smartphone operators such as Apple have introduced a portfolio of responsible social media use tools closely modeled on those used by the gambling industry (Booth 2018; Field et al. 2018). This came about (at least in part) because of the many academic studies on problematic social media use and “social media addiction” (for an overview of such research, see Kuss and Griffiths 2017). Given that gambling operators and the social media operators have both introduced tools to help promote responsible gambling/social media use and prevent excessive use of gambling/social media, there is no good reason for video game operators not to do the same. If they do not do it voluntarily, media regulators should be given legal powers to force video game operators to introduce responsible gaming tools as part of their commitment to social responsibility and duty of care of their clientele. This is particularly important and timely given that GD is now an officially recognized mental health disorder and therefore may pose a potential public health issue.

Prevention of problematic video gaming and GD cannot be overcome without all major stakeholders playing their part—and that includes the video gaming industry. In the gambling studies field, it is now becoming commonplace (although admittedly not without controversy) for academic researchers to collaborate with gambling operators by conducting independent research. While anyone who is anti-gambling will probably view such collaborations as morally reprehensible, we would argue that such collaborations have brought about methodological innovation and access to high-quality data that were simply unobtainable previously by traditional methods (e.g., survey-based research). The most obvious innovation has been in the area of sharing and data mining player account data derived from loyalty cards, player cards, and/or online gambling websites (i.e., “behavioral tracking” data) (Griffiths 2014; Griffiths and Whitty 2010).

Online tracking data are commonly used in numerous contexts by many companies to better understand human behavior. The use of such data by the gambling operators, gaming operators, and social media operators is no different. Most people probably view the internet as a highly anonymous medium but rest assured, someone, somewhere, is monitoring everything an individual does online—and that includes the video game operators. Working in collaboration with video game operators is arguably (at present) the only way to get access to such high-quality data that will assist researchers in better understanding risk factors associated with problematic gaming and GD.

Data from online environments provide potential advantages to many sectors (particularly those in the fields of marketing and advertising). This is because every click and transaction of every customer is automatically stored in a database and provides high-quality data for those who know what to do with it. This is very much in contrast to surveys, experiments, and participant and non-participant observation, where such data have to be gathered at high costs, with significant amounts of manual work involved, and may be prone well-known errors and biases.

Within the gambling studies field, a number of different research teams across the world (including that of the first author) have now been given access to behavioral tracking data of gamblers. Such data include account data (date of birth, gender, geographic location, etc.), game data (game type, time spent on games, money spent on games, amount of losses/winnings, amount of money spent, number of bets/spins, session time), financial data (such as number and amount of money deposits, number of money withdrawals, number of accounts, etc.), responsible gaming limit data (e.g., time and money spending limits, changes of limits, and the number of times that limits are reached), and miscellaneous data (number of times that customer services have been contacted, number of active days gambled, number of “cool-off periods,” etc.).

Many of these types of data are also held by those who operate online video game sites and servers and could potentially be used for research purposes. Online gaming sites and servers typically collect three types of information. These are (i) personal details provided by a user (e.g., name, email address, telephone number, address, gender, etc.), (ii) usage data collected automatically as the user clicks from one webpage to another (e.g., how users access the site, type of web browser used, time spent logged onto the site, etc.), and (iii) in-game behaviors (e.g., types of activities engaged in the game, preferred content, etc.). Almost any variable (beyond the usual demographic ones such as age, gender, education, relationship status, etc.) could be examined as a risk and/or protective factor in the context of video gaming. Access to such data sets may provide insights into a number of important areas such as transitions from gaming to social gambling and how gaming might be integrated with other online behaviors (such as gambling and the buying of loot boxes) (Brooks and Clark 2019; Griffiths 2018; King and Delfabbro 2018; Zendle and Cairns 2018).

Many of these emerging innovative gambling studies could be replicated and/or adapted to video gaming environments if researchers collaborate with video game operators and/or have access to their tracking data. Although a few video gaming studies have been previously published using in-game behavioral data provided by gaming operators (e.g., Sony Online Entertainment), these are very scarce and essentially aimed to examine non-health-related aspects of the gaming experience associated to gender-based differences among players (Williams et al. 2009) and social/interactive, motivation factors within gaming environments (Williams et al. 2008). To the best of the authors’ knowledge, no previous similar study using unobtrusively collected game-based behavioral data focusing on problematic gaming and GD has been conducted to date.

In addition to the clear need of establishing a scientific partnership between gaming operators and researchers, several steps and recommendations can be equally considered to be implemented in future research to improve the overall quality of research in GD. Thus, we propose the following five recommendations for future areas of focus in GD research:

In conclusion, it is argued that establishing a good level of cooperation between video game operators and researchers is timely given that GD has been recognized as a mental health disorder by the WHO. It is also worth mentioning that while there is the need for such cooperation, the integrity of independent research should not be jeopardized nor undermined in this process. Thus, achieving this cooperation step is paramount if the video gaming industry is to take social responsibility practices seriously and embed them in their mission and commitment to player protection and harm minimization.