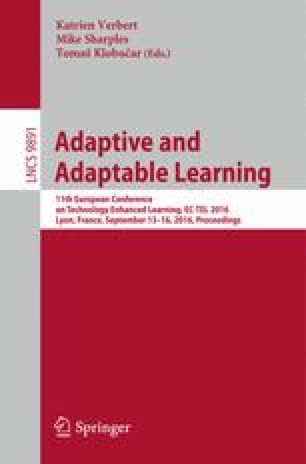 This paper presents and outlines the demonstration of DojoIBL, a web-based platform that aims at nurturing communities of inquiry by supporting communication and collaboration with emerging technological affordances. The manuscript briefly elaborates on the theoretical underpinning of DojoIBL and describes the functionalities supported. It concludes anticipating the follow up implementation which will consist on the integration of role support in DojoIBL.

The study [1] emphasized the collaborative nature of learning, arguing that the creation of knowledge can be explained as products of social interactions. Inquiry-based learning (IBL) [2] is certainly this, a collaborative process where students engage in social interactions to co-create knowledge around shared essential questions. Nowadays, these processes are supported by technology, which offers a whole new range of possibilities for learning. Yet, not all have been explored in the context of IBL. Hence, based on existing initiatives [3, 4, 5] and studies, this demo paper presents DojoIBL, a platform to nurture communities of inquires [6, 7], which combine essential inquiry elements with emerging technological affordances to support collaboration.

Inquiry-based learning is a methodology that often is characterized as a collaborative process where participants co-create knowledge by engaging in social interactions [8, 9, 10]. This was adequately coined in [6] with the term Community of Inquiry (CoI) [6, 7], which emphasizes that the creation of knowledge occurs within a social context and it requires social interactions among participants with different background information.

DojoIBL is a Learning Content Management System, where students construct knowledge collaboratively using atomic inquiry elements to structure the inquiry processes. In DojoIBL, users design blueprints or templates of inquiries, meaning that different groups of students can work with the same inquiry structure in different topics. Those inquiry structures are organized in phases, which represents the steps that the students need to follow in the inquiry. Figure 1 shows how the inquiry phases are represented in DojoIBL.
Within the inquiry phases, users can add specific atomic inquiry elements that are defined as the smallest re-usable type of resources available in DojoIBL to support specific pedagogical affordances. The selection of these inquiry elements has been done out of the experiences with students during the weSPOT project [17]. The following six types of elements have been implemented in DojoIBL because they were the most used by students:

Every atomic inquiry element is supported by a discussion functionality that the students can used to reflect, share and discuss about the activity itself.

Comparing DojoIBL with other existing platform, it adds value to the students’ experience by integrating emerging technological affordances to support collaborative inquiries. The instant messaging system offers a contextualized communication channel to enable just in time text-based communications. It addressed, the three essential components of any educational transaction [11, 12, 13]; cognitive, social and teacher presence. In addition, DojoIBL implements an inquiry timeline and a notification system. They complement the support of collaboration by offering functionality to enable collaborative awareness. Two, social and action awareness, out of three types of awareness described in [14] are supported in DojoIBL. The third one, activity awareness will be addressed in future development cycles.

DojoIBL implements a notification system and an inquiry timeline. Both the timeline and the notification system, promote collaboration awareness based on social, action and activity awareness described in [15]. Inspired by patterns found in current existing social networks, DojoIBL integrates several functionalities to facilitate students’ collaboration and communication combined with atomic inquiry elements.

The proposed inquiry workflow is based on the pedagogical IBL model developed in the weSPOT project [17]. This inquiry workflow can be adjusted and modified in DojoIBL using the edit inquiry function. Therefore, designers are able to add, remove and modify inquiry phases and activities in order to follow other IBL models.

As a future work, DojoIBL will implement the integration of role support [16] to enable testing the role taking strategy in CoI.

To conclude, this manuscript contributed DojoIBL, an open source platform that aims at fostering communities of inquiry for driving students’ success facilitating the acquisition of the so called 21st century skills, e.g. communication and collaboration.

Open Access. This chapter is distributed under the terms of the Creative Commons Attribution 4.0 International License (http://creativecommons.org/licenses/by/4.0/), which permits use, duplication, adaptation, distribution and reproduction in any medium or format, as long as you give appropriate credit to the original author(s) and the source, a link is provided to the Creative Commons license and any changes made are indicated.

The images or other third party material in this chapter are included in the work's Creative Commons license, unless indicated otherwise in the credit line; if such material is not included in the work's Creative Commons license and the respective action is not permitted by statutory regulation, users will need to obtain permission from the license holder to duplicate, adapt or reproduce the material.