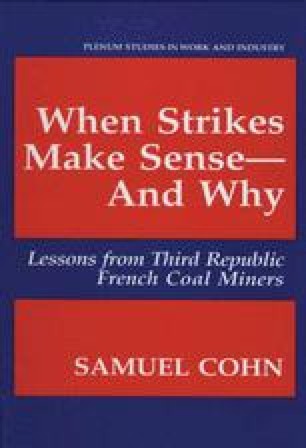 “Union choices affect wages.” This sentence does not mean the same as “Unions raise wages.” It is well known that union membership raises wages. There is now a very large econometric literature on this topic using a wide variety of analytic methodologies and controls, all of which show a positive union wage effect, although the size differs from one study to another (xcLewis 1963); (xcParsley 1980); (xcFreeman and Medoff 1984); (xcRosen 1969); (xcMishel 1986); (xcPodgursky 1986).

Wage Rate Coal Mining Union Membership Labor Movement Union Wage
These keywords were added by machine and not by the authors. This process is experimental and the keywords may be updated as the learning algorithm improves.
This is a preview of subscription content, log in to check access.