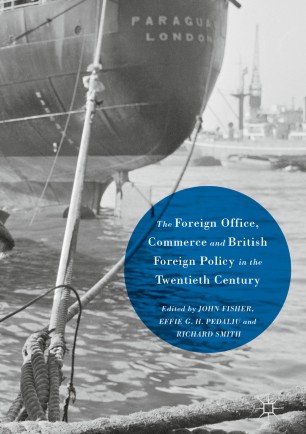 The Foreign Office, Commerce and British Foreign Policy in the Twentieth Century

This book addresses the interface of the British Foreign Office, foreign policy and commerce in the twentieth century. Two related questions are considered: what did the Foreign Office do to support British commerce, and how did commerce influence British foreign policy? The editors of this work collect a range of case studies that explore the attitude of the Foreign Office towards commerce and trade promotion, against the backdrop of a century of relative economic decline, while also considering the role of British diplomats in creating markets and supporting UK firms. This highly researched and detailed examination is designed for readers aiming to comprehend the role that commerce played in Britain’s foreign relations, in a century when trade and commerce have become an inseparable element in foreign and security policies.