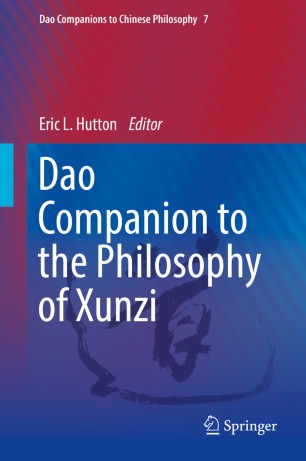 Dao Companion to the Philosophy of Xunzi

This volume presents a comprehensive analysis of the Confucian thinker Xunzi and his work, which shares the same name. It features a variety of disciplinary perspectives and offers divergent interpretations. The disagreements reveal that, as with any other classic, the Xunzi provides fertile ground for readers. It is a source from which they have drawn—and will continue to draw—different lessons.

In more than 15 essays, the contributors examine Xunzi’s views on topics such as human nature, ritual, music, ethics, and politics. They also look at his relations with other thinkers in early China and consider his influence in East Asian intellectual history.

A number of important Chinese scholars in the Song dynasty (960–1279 CE) sought to censor the Xunzi. They thought that it offered a heretical and impure version of Confuciansim. As a result, they directed study away from the Xunzi. This has diminished the popularity of the work.

However, the essays presented here help to change this situation. They open the text’s riches to Western students and scholars. The book also highlights the substantial impact the Xunzi has had on thinkers throughout history, even on those who were critical of it. Overall, readers will gain new insights and a deeper understanding of this important, but often neglected, thinker.