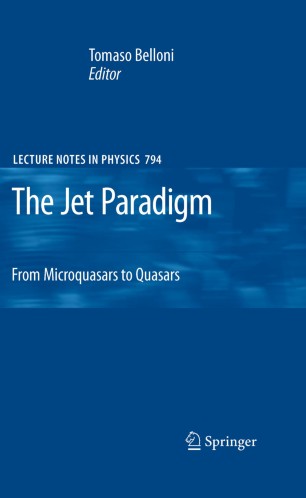 These Lecture Notes focus on the physics of relativistic jet sources in the universe, from galactic microquasars to active galactic nuclei (AGN). The early 21st century is an epoch in which a large number of high-energy astronomical missions are underway (RossiXTE, Chandra, XMM-Newton, INTEGRAL, Swift, Suzaku). The wealth of X-ray and gamma-ray data, coupled with ground-based observations in the optical/IR/radio bands, provides an increasing amount of information on microquasars, allowing the investigation of the physical processes for the formation and the evolution of relativistic jets, as well as their relation to the accretion process. The information obtained from galactic relativistic jet systems is particularly important in that it can be compared with that from active galactic nuclei. The comparative study of these two classes of objects allows us to overcome their separate intrinsic limitations and is the only way to arrive at a comprehensive understanding of the accretion/ejection phenomenon.

This book covers the topic of accretion/ejection in relativistic jet sources with a broad approach, from microquasars to AGN, discussing both observational and theoretical aspects. The aim is to present a broad view of the field and the current standpoint now that the first comparative studies have opened the way to a global study at a mass scale. Written in a pedagogical lecture notes style, the book benefits students and newcomers to jet astrophysics as well as lecturers and researchers.