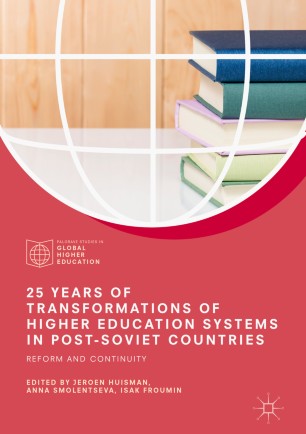 This open access book is a result of the first ever study of the transformations of the higher education institutional landscape in fifteen former USSR countries after the dissolution of the Soviet Union in 1991. It explores how the single Soviet model that developed across the vast and diverse territory of the Soviet Union over several decades has evolved into fifteen unique national systems, systems that have responded to national and global developments while still bearing some traces of the past. The book is distinctive as it presents a comprehensive analysis of the reforms and transformations in the region in the last 25 years; and it focuses on institutional landscape through the evolution of the institutional types established and developed in Pre-Soviet, Soviet and Post-Soviet time. It also embraces all fifteen countries of the former USSR, and provides a comparative analysis of transformations of institutional landscape across Post-Soviet systems. It will be highly relevant for students and researchers in the fields of higher education and and sociology, particularly those with an interest in historical and comparative studies.