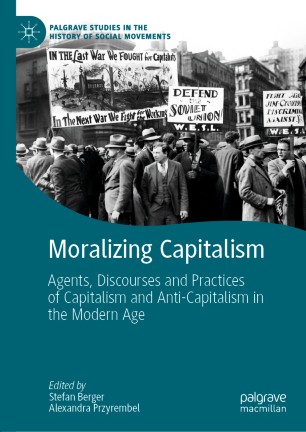 Agents, Discourses and Practices of Capitalism and Anti-Capitalism in the Modern Age

This book adds a crucial focus on morality to the growing literature on the history of capitalism by exploring social and cultural perspectives on the economic order that has dominated the modern world. Taking the study beyond narrow economic confines, it traces the entanglement between moral sentiments and capitalism, examining both moral critiques and moral justifications. Company bankruptcies, systems of taxation, wealth, and the running of stock exchanges were attacked on moral grounds, while ideas of economic justice and the humanization of capitalism loomed large over moral critiques. Many movements, from antislavery to labour campaigns, were inspired by aspirations to improve capitalism and halt the moral decay that was felt to have affected large sections of society. This book questions how moral sentiments are defined and have changed over time, and how these relate to both capitalism and anti-capitalism. Covering a range of different social movements and ethical issues, the 13 chapters present a moral history of capitalism, understood not simply as an economic system but as an order that encompasses all areas of modern life.