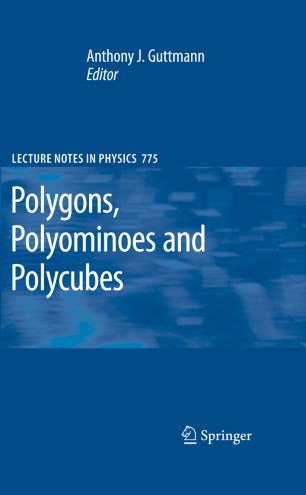 In the 20th and 21st centuries, many problems in mathematics, theoretical physics and theoretical chemistry – and more recently in molecular biology and bio-informatics – can be expressed as counting problems, in which specified graphs, or shapes, are counted.

One very special class of shapes is that of polygons. These are closed, connected paths in space. We usually sketch them in two-dimensions, but they can exist in any dimension. The typical questions asked include "how many are there of a given perimeter?", "how big is the average polygon of given perimeter?", and corresponding questions about the area or volume enclosed. That is to say "how many enclosing a given area?" and "how large is an average polygon of given area?" Simple though these questions are to pose, they are extraordinarily difficult to answer. They are important questions because of the application of polygon, and the related problems of polyomino and polycube counting, to phenomena occurring in the natural world, and also because the study of these problems has been responsible for the development of powerful new techniques in mathematics and mathematical physics, as well as in computer science. These new techniques then find application more broadly.

The book brings together chapters from many of the major contributors in the field. An introductory chapter giving the history of the problem is followed by fourteen further chapters describing particular aspects of the problem, and applications to biology, to surface phenomena and to computer enumeration methods.