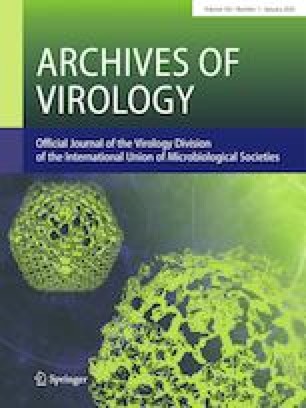 The Executive Committee of the International Committee on Taxonomy of Viruses (ICTV) recognizes the need for a standardized nomenclature for virus species. This article sets out the case for establishing a binomial nomenclature and presents the advantages and disadvantages of different naming formats. The Executive Committee understands that adopting a binomial system would have major practical consequences, and invites comments from the virology community before making any decisions to change the existing nomenclature. The Executive Committee will take account of these comments in deciding whether to approve a standardized binomial system at its next meeting in October 2020. Note that this system would relate only to the formal names of virus species and not to the names of viruses.

This state of affairs has resulted in decades of debate on the desirability and format of a standardized naming system for virus species [1, 2, 3, 4, 5]. The ICTV Executive Committee has considered this situation [6] and recognizes that the need for such a system has become overwhelming, not only because of the huge number of viruses that are inferred to exist from environmental DNA sequencing studies but also because of the benefits of distinguishing more clearly between species and virus names.

This article aims to set out the case for establishing a binomial nomenclature for virus species (and, by extension, satellite and viroid species), to explain the advantages and disadvantages of alternative naming formats, and to invite comments from the virology community before making any decisions on changes to existing nomenclature. Before embarking on this exercise, it is essential to emphasize the distinction between a virus and a virus species. A virus is a physical entity that occurs naturally, infects a host, and may cause disease. A virus species is an abstract taxonomic category to which a virus is assigned. Thus, a virus is not a species but is assigned taxonomically to a species. During its history, the ICTV mandate has been redefined from naming viruses to naming virus species, and, as a result, this article deals exclusively with the latter.

A binomial nomenclature is a formal way of naming species of living things by giving each a name composed of two parts. In all areas of biology except virology, the first part of the name consists of the name of the genus to which the species belongs, and the second part (the specific or species epithet) identifies the species within that genus. For example, humans belong to the genus Homo and within this genus to the species Homo sapiens. Moreover, the two parts are Latinized, taking Latin grammatical forms, although they can be based on words from other languages.

In most branches of biology, the assignment of a species name is determined by the priority of a valid publication describing a specimen and is associated with a physical type specimen. For these reasons, species names are often followed (particularly on first use in a publication) by an authority (the name of the author of the description) and sometimes by a date. However, priority has never been incorporated into descriptions of virus species, as both taxonomy and nomenclature are adopted simultaneously by decisions of the ICTV. Therefore, this article discusses only the format of species names; there is no intention to adopt the concept of authorities in these names or to require physical type specimens.

Virus species names are currently rarely Latinized and take a variety of forms, examples of which are listed in Table 1. Some names incorporate the name of the genus into which the virus species is classified, but this is not applied consistently. Some species names look like genus names but are not (e.g., Lausannevirus). Some species names are single words, some are binomial, and some are multinomial. Some include single or multiple letters or numbers at various positions or have Latinized elements (most often as a name or a part of a name of a host taxon) and non-Latinized elements. Moreover, some have identical suffixes (‘…virus’) in more than one component (e.g., Senegalvirus marseillevirus).
Table 1

In the context of viruses, genus names are already required by the International Code of Virus Classification and Nomenclature to be single words ending in ‘…virus’ and therefore could be used without change. For example, Bean golden yellow mosaic virus (type species of genus Begomovirus, family Geminiviridae) could be renamed Begomovirus + epithet.

The epithet may take a variety of forms, as described below:

The epithet would take one of the two following forms.

The distinction between Latin and Latinized words is not absolute, but an insistence that the epithet must always be recognizable as a genuine Latin word (i.e., taking form 1) is likely to be too difficult to apply. Notably, no other biological taxonomy insists on epithets having to be in this more restricted form.

Alphanumeric characters in a logical series

The epithet would consist of numbers or letters (e.g., Begomovirus 127 or Begomovirus DF). Such codes are already used in, for example, the families Papillomaviridae and Picornaviridae (e.g., Alphapapillomavirus 1 and Enterovirus A).

Any word would be used as the epithet, free from the constraints of Latinizing. Indeed, the epithet would not need to look like a word but could be any set of characters (e.g., Begomovirus tylcND1). The use of freeform text would not exclude the use of the other formats.

The Executive Committee recommends the adoption of a standardized binomial system for naming virus species in a consistent and universally applied manner. In this system, the species name would consist of two (and only two) words separated by a single space. In this context, a word is defined as a written or printed character or combination of characters. Depending upon the form of the epithet that is chosen, both words would either consist only of the 26 letters of the standard Latin-script English alphabet without diacritical marks or would also allow epithets containing or consisting of Arabic numerical digits.

The first word would be the genus name, which the International Code of Virus Classification and Nomenclature requires to be a single word ending in ‘…virus’. The Code also requires all new species to be assigned to genera but, for historical reasons, a number of existing species were not so assigned and it would be necessary to correct this anomaly. Subgenus names also end in ‘…virus’ but they would not form the first word of a species name.

The second word, the specific epithet, would be a single word or set of characters that is unique within the genus. Depending upon the form of the epithet that is chosen, the current rules regarding capitalization in the epithet may need to be revised.

At this time, the form of the epithet remains undecided. However, the Executive Committee is considering whether to adopt one of the three alternatives described above:

The Executive Committee understands that adopting a binomial system would have major practical consequences, not least in changing the names of most of the 5560 currently classified species. However, it believes that these consequences will be outweighed by the benefits of having a sustainable, standardized system that can function effectively into the future. Importantly, any changes will be accompanied by an implementation period that will allow adequate time for ICTV Study Groups, supported by the Executive Committee, to agree upon new species names that can then be ratified by the ICTV. Different Study Groups would face different hurdles, and the implementation period may vary accordingly. Also, all historical names of species and higher taxa will remain accessible via the ICTV online databases (https://ictv.global).

The Executive Committee invites all virologists to provide comments and opinions on the recommendation above. To facilitate this invitation, a public forum has been established at https://ictv.global/discussion/binomial. [You will be required to register on the site to post comments.] Respondents are also encouraged to read taxonomic proposal 2018.001G.Ud.v2.binomial_species [8] (or the most recent version), which opts for a Latinized binomial system and has already been discussed (but not yet decided upon) by the Executive Committee. This document and others listed in the References can be downloaded from https://ictv.global/files/binomial. At its next meeting in October 2020, the Executive Committee will decide whether to approve 2018.001G.Ud.v2.binomial_species (or the most recent version), taking into account feedback provided by 30 June 2020. Comments may also be emailed directly to the ICTV President (binomials@btinternet.com). These will not enter the public domain but will be shared among Executive Committee members, in an anonymous form if this is requested.

The authors acknowledge the contribution of ICTV Life Member, Dr. Mike Adams, to previous discussions on the need for a standard binomial nomenclature for virus species. A.D. is supported by Medical Research Council programme Grant MC_UU_12014/3. B.E.D. is supported by the Netherlands Organization for Scientific Research (NWO) Vidi Grant 864.14.004. B.H. is supported by National Research, Development and Innovation Office–NKFIH, NN128309. N.J.K. is funded by the Department for Environment, Food and Rural Affairs (Defra), UK (Grant no. SE2944); work at the Pirbright Institute is supported by the Biotechnology and Biological Sciences Research Council (BBSRC) (BB/E/I/00007035, BB/E/I/00007036 and BBS/E/I/00007037). J.H.K is supported through Battelle Memorial Institute’s prime contract with the US National Institute of Allergy and Infectious Diseases (NIAID) under Contract no. HHSN272200700016I. The views and conclusions contained in this document are those of the authors and should not be interpreted as necessarily representing the official policies, either expressed or implied, of the US Department of Health and Human Services or of the institutions and companies affiliated with the authors. In no event shall any of these entities have any responsibility or liability for any use, misuse, inability to use, or reliance upon the information contained herein. The US Department of Health and Human Services does not endorse any products or commercial services mentioned in this publication. A.R.M. is a Program Director at the U.S. National Science Foundation (NSF); the statements and opinions expressed herein are made in a personal capacity and do not constitute endorsement by NSF or the government of the United States. S.S. acknowledges partial financial support from Mississippi Agricultural and Forestry Experiment Station (MAFES), Mississippi State University. Mention of trade names or commercial products in this publication is solely for the purpose of providing specific information and does not imply recommendation or endorsement by the U.S. Department of Agriculture (USDA). USDA is an Equal Opportunity Provider and Employer.