This video explains that congenital nasolacrimal duct obstruction (CNLDO) is the most common cause of epiphora in infants. It occurs due to the failure of canalization of the distal end of the nasolacrimal duct (NLD). Spontaneous resolution occurs in more than 90% during the first 12 months of life in most children. Surgical intervention is required in cases where the accidental opening of the membrane fails.

Conventional probing is usually the most common mode of intervention. However, it carries the risk of false passage and failure as it is a blind procedure that mainly depends on the surgeon’s tactile sensation during probing1. Probing the nasolacrimal system under endoscopic guidance allows direct visualization of the distal nasolacrimal duct. It thus helps increase the procedure’s success rate compared to blind probing1.

Nasal endoscopic assisted probing has a definite advantage over conventional probing. A success rate of 95.7% has been reported with endoscope-assisted probing against 75.9% in traditional probing group1. Therefore, it is a valuable video for pediatric ophthalmologists, ophthalmic plastic surgeons, and otorhinolaryngologists who see these patients in their practice and need to do these procedures.

This video has four surgical procedures describing step-wise recanalization details in CNLDO which is the most common cause of epiphora in infants. 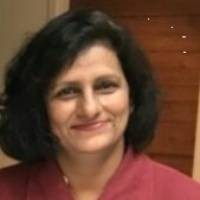 Dr. Nishi Gupta is currently the head of the Otorhinolaryngology and associate medical director at Dr. Shroff’s Charity Eye and ENT hospital New Delhi India. Her initial work on Endoscopic Dacryocystorhinostomy was compiled and was released by Dr. Shroff’s Charity Eye & ENT hospital in the form of a video cassette in 1999. She subsequently published three editions on Endoscopic dacryocystorhinostomy, first in 2006, second in 2011, and third in 2020 with Springer. She has published articles in various national and international journals and has reviewed national and three international journals.

Dr. Gupta obtained her MS degree in Otorhinolaryngology from Nagpur university in 1992, followed by a Postgraduate diploma in hospital management from NIHFW Delhi and training at Great Ormond Street Hospital for Children London. She popularized the technique of endoscopic dacryocystorhinostomy in the country. For more than two decades, her association with the only Eye & ENT institute helped her pursue her passion in endoscopic lacrimal sinus and orbital surgeries. She has been conducting annual live surgical demonstration workshops and hands-on cadaver dissection training sessions on endoscopic dacryocystorhinostomy and endoscopic sinus surgeries for more than two decades.

This book explains and elaborates upon the procedure of endoscopic dacryocystorhinostomy in a variety of indications.It systematically deals with the anatomy of the lacrimal drainage system, covering all...

Hello, my name is Nishi Gupta, and I’m working as Deputy Medical Director and Head Department of Otorhinolaryngology at Dr. Shroff’s Charity Eye and ENT Hospital, New Delhi, India. This is a video on Endoscopic Guided Lacrimal Probing in Congenital Nasolacrimal Duct Obstruction. Congenital nasolacrimal duct obstruction is the most common cause of epiphora in children and it occurs due to failure of canalization of distal end of nasolacrimal duct.

This is how a normal patent NLD opens into the inferior meatus. And that’s the endoscopic view of the same patient opening with valve of Hasner. While in this case there is failure of canalization, with an intact membrane over the distal end of nasolacrimal duct. So this is the schematic diagram. And this is parallel endoscopic picture of the inferior meatus. That’s the inferior turbinate, and this is the lateral wall. And this is an intact membrane bulging over the distal end of the nasolacrimal duct.

Now, signs of CNLDO may vary from mild to troublesome epiphora, persistent purulent discharge, matting of eyelashes, skin excoriation of the lid margins, cellulitis, and congenital dacryocele. In most of the cases of CNLDO, spontaneous resolution occurs in first 12 months of life. And where the spontaneous opening of membrane fails, a surgical intervention is required in the form of probing.

Now, probing can be conventional probing or it can be endoscopic probing. Conventional probing, also known as blind probing– it is usually the most common mode of intervention. It is a blind procedure. And it depends on the surgeon’s tactile sensation during probing. Therefore, it carries the risk of false passage and failure. Now why false passage or failure occurs in this kind of blind probing is because this is how the NLD opens into the inferior meatus. If we can’t see the inferior meatus, and if we are just passing a probe through the external route, then there can be a false passage or misdirected probe, like this.

This is the most common cause of failure in conventional probing. However, there could be other reasons like, sometimes– though it’s rare, but sometimes, presence of dacryolith, despite probing, may keep giving epiphora to the patient. There are other variations of NLD opening into the inferior meatus, that we’ve described in subsequent videos, like a buried probe, where the NLD opens in the inferior meatus after traveling submucosal along the lateral wall. So if we pass a probe through NLD, it is bound to miss the natural course of the NLD.

And then there are other reasons, like malformed NLD, where in this case, the NLD can be seen stopping at the wall of the inferior meatus. And here, there is complete absence of NLD formation, and the sac can be seen ending into the bone of the frontal process of maxilla. Therefore, endoscopic lacrimal probing is the most accepted mode of intervention in these children of CNLDO.

Endoscopic probing allows direct visualization of probe into the inferior meatus. And therefore, precise perforation of the membrane is possible. While we pass the probe from the punctum and visualize it into the inferior mucus we can precisely perforate the membrane. The hole can be enlarged by either multiple passes or a sharp incision, depending on the thickness of the membrane that we’ll be talking about in the subsequent videos.

This procedure, therefore, under direct visualization, helps in increasing the success rate of probing as compared to the blind probing. So this video includes four surgical procedures, describing step-wise recanalization in CNLDO, the video showing probing in a thin membrane obstructing the NLD, or a thick membrane obstructing the NLD, video of how a buried probe looks and how do we manage it, and marsupialization of the nasal cystic component of congenital dacryocystocele.