This video is a case demonstration of Laparoscopic transperitoneal upper moiety nephroureterectomy for renal duplications in pediatric patients. The procedure deals with the treatment of renal duplications which have a dysfunctional / nonfunctional moiety. Renal duplications are a complex set of anomalies in pediatric patients and often need removal of the nonfunctional moiety which causes complications like recurrent infection, hypertension. The procedure shows how to safely dissect the upper moiety with preservation of the functional moiety and preserving its vascular supply. It also shows how to tackle the converging ureter and removal of the dilated ureter without damaging the normal moiety ureter.

The video is aimed at Pediatric laparoscopic surgeon, Pediatric urologist, General surgeons with pediatric practice. The viewer will be able to see the basic steps of the procedure with methods of handling the duplicated renal system.

Explains the procedure of Laparoscopic transperitoneal upper moiety nephroureterectomy for renal duplications in pediatric patients step by step in detail. 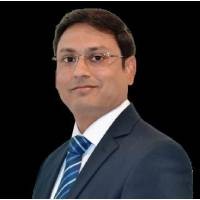 A detailed information is available on www.clickonravi.com.

The author has a passion towards online teaching with his teaching videos on YouTube platform and there are 100+ paediatric laparoscopy videos posted on his YouTube channel with more than 1300 subscribers and more that 250000 views of the channel.

The presented video is a case demonstration of laparoscopic excision of Choledochal Cyst and Hepatico-duodenostomy). This is a condition which is often encountered in pediatric age group and is commonly...

The presented video is a case demonstration of Laparoscopic Heller’s Esophago-myotomy for Achalasia Cardia in pediatric patients. This is an idiopathic condition which is often encountered in pediatric age...

The presented video is a case demonstration of laparoscopic excision of duodenal web (DW). This is a condition which is often encountered in pediatric age group and is commonly associated with malrotation....

This is a video demonstration of laparoscopic transperitoneal upper moiety nephroureterectomy for renal duplication in pediatric patients. I am Dr. Ravi Kanojia from PGIMER Chandigarh.

Now, renal duplications are very common occurrence in the pediatric age group. And the severity of the symptoms would depend upon the spectrum of the anomaly present in these patients. So they have a varied presentation ranging from asymptomatic child to recurrent UTI, due to a dysplastic moiety.

So the duplication can be partial or complete, and then the severity of the symptoms would be dependent on the completeness of the duplication. Some of the clinical details about our patients, our subject patient is a four-year-old boy with a history of recurrent UTI. He had abdominal pain. There was no hypertension in this child. His bladder and bowel functions were normal.

So the ultrasound showed a left duplex with double ureters. And the upper moiety on the left kidney was dilated. And there was dilated ureter right up to the bladder. There was no ureterocele seen inside the bladder on cystoscopy.

So with these findings, this patient was subjected to an MCU scan. And along with that, an MRU scan was done to define the anatomy of the duplex system. So as you can see, that these are the two images, which we have demonstrated on either side.

So this side is the MCU scan, and the other side is one of the representative images of the MRA scan. You can very well see that here in the MCU, there is a grade five reflux and a dilated ureter, lower part of the ureter, which is seen. And there is gross reflux, which will be going all the way up to the kidneys, if the other films are also seen.

Scan. So with this you can clearly define the anatomy, and you know that there is an upper moiety which is dysplastic and dilated. And it’s got reflux into it, and it’s the cause of all the problems.

With this, a DMSA scan was done for this patient to define the function in the upper moiety. And on DMSA’s scan, it showed a negligible cortical function with an intact functioning lower moiety at a normal rate kidney.