The tumor was located inside the right lateral ventricle, occluding both foramen of Monro due to significant mass effect with midline shift and apparent infiltration of the septum pellucidum. The two possible surgical options for this kind of tumor are the transcortical route and the interhemispheric transcallosal route. The interhemispheric transcallosal approach was mainly preferred because it is considered less invasive with fewer long term incidence of epilepsy, and it is considered the elective approach for tumors of the frontal horn and body of the lateral ventricle in our department. In this specific case the trajectory offered by the interhemispheric route was considered ideal to control the midline adhesion to the septum pellucidum.

MRI showed total removal of the tumor, that histology confirmed as atypical choroid plexus papilloma. The patient did not develop any post-operative motor or memory deficit. MRI shows no residual tumor or regrowth at two-year follow up. The child follows her normal school activity without any external support and with excellent results. 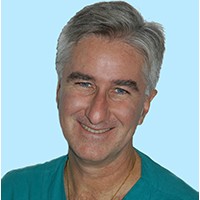 On November 1st, 1993 he started his University career in France first as Chef de Clinique-Assistant (1993-1997) and then Practicien Hospitalier-Universitaire (1997-1998.) In October 1999 he started to work at the Department of Pediatric Neurosurgery of the Santobono-Pausilipon Children’s Hospital of Naples, where he became chief of the Department of Pediatric Neurosurgery in 2007 and head of the Department of Neurosciences in 2016. He is active member of 7 scientific societies, wrote 116 indexed papers, editor of four books (3 published with Springer), founding member of the International Study Group on Neuro Endoscopy (ISGNE) later transformed in International Federation of NeuroEndoscopy (IFNE), of which he became President in November 2017 for a two-year term. 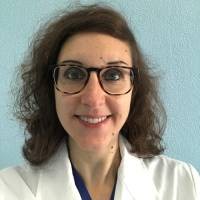 Transcallosal-Transseptal-Interfornicial Approach to a Tumor of the Third Ventricle

The video describes the partial removal of an optic pathways glioma in a 17-month old baby presenting with gait disturbances and torticollis. The pre-operative MRI revealed the presence of a large mass in the...

The video describes the unusual interhemispheric subrostral approach to a teratoma of the anterior third ventricle. A five year old girl was referred to another hospital for diabetes insipidus. MRI showed a...

In this video, we will present the transcallosal approach to intraventricular choroid plexus papilloma. I am Giuseppe Cinali, Director of the Division of Pediatric Neurosurgery at Santobono-Pausilipon Children’s Hospital in Naples, Italy.

The video describes the case of a one-year-old baby girl from a Middle East country with history of progressive hypoactivity, head tilt, and inability to crawl. MRI shows a well-defined mass lesion with irregular margins, heterogeneous signal intensity, and strong heterogeneous contrast enhancement located in the right lateral ventricle, displacing the midline structures to the left. The tumor infiltrates the ventricular wall and the right thalamus, and it was associated with perifocal edema and significant hydrocephalus. The findings were suggestive of choroid plexus tumor.

At admission, she was awake with a full bregmatic fontanel and mild right esotropia due to the paralysis of the right sixth cranial nerve. Preoperative MRI shows a large mass inside the ventricle, with edema of the basal ganglia, and a very large contrast-enhancing mass in the right lateral ventricle displacing the septum pellucidum through the contralateral side. On the sagittal images, it was evident the very significant dilatation of the lateral ventricle and the huge mass inside the right lateral ventricle crossing the midline with the irregular shape and the areas of infiltration of the thalamus and of the ventricular wall.

On the T2 sagittal sequences, it is evident the location is intraventricular, and the irregular margins were in favor of a lesion that is growing inside of the ventricle.