Importing assets and setting up the project

Spice up the design of your apps by adding functionality for user customization. You’ll program your apps to allow users to pick different icons. From assets you’ve imported and made available, users can update their homescreen icon for your app to reflect the season, match their wallpaper, or sync with a current Holiday. This meshes nicely with the newer implementation of widgets to bring more life to users’ homescreens and your apps.

Developers with some experience using Xcode and Swift. 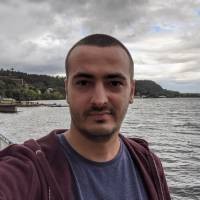 Tihomir Radev is a freelance mobile app developer operating in Bulgaria. He has years of experience as an independent developer and has contributed to corporate and industry projects. He also has indie projects of his own available on the Google Play and App stores. Tihomir creates Android Studio and Xcode tutorials on YouTube in addition to his development work to give back to the development community.

Hello. My name is Tihomir Radev. I’m going to show you how to add multiple icons in your iOS app and allow the user to pick a custom icon for your app.

This is great way to add to your user’s choice to customize the app and even add different icons for holidays and other events.

At the beginning, we will create an empty iOS project. Then, we will import the default app icons for an iPhone. And later, we will add more icons into the app assets.

We will set up those icons in the .plist file in the project and prepare them for later use in the app.

Then, we will start building the app itself with the user interface. We will have a simple TableView with custom rows.

Each row will contain an app icon image and icon name. The user will be able to scroll and select the desired image to set as an app icon.

In that part, we will learn how to add custom rows to the TableView. In the next part, we should connect the user interface of the app with the SWIFT code of the app.

That way, we can add functionality to the design. You will learn how to set up your TableView and custom row and display data in it.

In the next part, we will add all of the images we imported earlier in an array and show them in the TableView from the previous tutorial.

In this part, I will be able to show you the first run of the app. And in the final part, I will write the main logic for changing the app icon and add the logic to the TableView row.

That way, when the user picks a row with the image, the app will set its icon to that image. This will be the final app.