Overview of gRPC on ASP.NET Core

Learn how to use the ASP.NET Core implementation of gRPC, enabling components of your distributed applications to effectively communicate with each other using minimal code. Since the release of ASP.NET Core 3, gRPC has been fully integrated with the system libraries found in ASP.NET Core.

gRPC is a network communication technology originally developed by Google. It works over the HTTP2 protocol and it is primarily used to enable communication between microservices in distributed clusters.

The beauty of gRPC is that it simplifies all the complex implementation details. You’ll see that for a software developer, gRPC can feel like writing code on the client application that can call endpoints on the server application directly, as if both of these are just parts of the same monolithic application. This makes gRPC incredibly easy to use and is the reason why it has become so popular over the last couple of years.

ASP.NET developers who primarily work on distributed web and cloud applications. It is recommended that the viewer understand the fundamentals of ASP.NET Core.

This video teaches how to use the ASP.NET Core implementation of gRPC, enabling components of your distributed applications to effectively communicate with each other using minimal code. gRPC has been fully integrated with the system libraries found in ASP.NET Core. 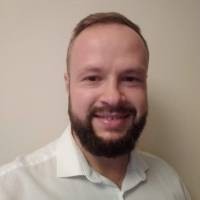 Fiodar Sazanavets is an experienced senior software developer whose main area of expertise is Microsoft stack, which includes ASP.NET (Framework and Core), SQL Server, Azure, and various front-end technologies. His experience stems from working in water engineering, and the financial and defense industries. He has played key roles in various projects and his duties included performing design tasks and assessing skills assessments. He has also performed an array of technical duties on clients’ sites, such as in-house development tasks and software installation. Fiodar has developed and published a number of Android apps and he regularly writes about software on his personal website, Scientific Programmer, as well as several other well-regarded technical websites.

This video will teach you Blazor, a new web development framework from Microsoft now available with the release of .NET Core 3.0. You will learn how to build web applications without having to learn...