The Concept of Triggers and Bindings

Azure Functions is central to Microsoft’s serverless computing offering for the cloud. It is an event-driven, compute-on-demand experience that extends the existing Azure application platform with capabilities to implement code triggered by events occurring in Azure or third-party services, as well as on-premises systems. 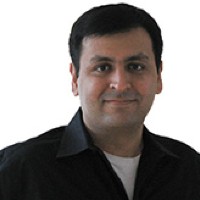 Discover the SharePoint Framework and get up to speed with how to create artifacts. This video covers two key aspects: web parts and extensions. You’ll see how web parts are the building blocks of pages in...

Hello and welcome to Azure Functions - Getting Started. Let’s start with some introductions. My name is Sahil Malik and I’m a consultant, author and trainer, author of many books and VP for few years and I’ve spoken at numerous conferences and video. You can get in touch with me at @Sahil Malik or on winsmarts.com. Let’s dive into Azure functions. Azure functions is a server-less compute service that enables you to run code on demand without having to explicitly provision or manage infrastructure, so it falls under this big thing that we are talking about lately which is called as server-less computing. Let me explain, so in the middle you have your application, this is where you write your logic, this is really what you are worried about. Generally speaking most of the applications well how do they work, there is a trigger and there is an output, so if it’s a website, the trigger is an http request, which produces an output, if it’s a cron job, the trigger is a timer, but at the end of the day, every application has some sort of trigger that produces an output, but the important thing is that this application, it needs something to run that application and that something can be a virtual machine or a container or in Azure world it can also be something called the cloud app. The problem is that this something comes with a lot of baggage and edit, so if it’s a virtual machine, you have to manage the user account, update the operating system, patch it up, etc., you get my point. What we wish to do is that we want to focus on our application, not where it runs, so I want to write the logic and not have to worry about what’s the administrator password on the machine it is running on, how I secure that well enough etc., let somebody else worry about it; now at the same time, I don’t want to lose things like I want to be able to scale it, I want to be able to secure it, I want to be able to write real world applications on it and this is the gap that Azure functions filled. You can write Azure functions in C-sharp, generally speaking as a CS file or as a C-sharp script, CSX file, you can write them in X-sharp, you can write them in Java script or you can even write them in Java, so it supports multiple languages, so again the idea is that you write a function in any one of these languages you connected to a trigger, give it some bindings and per chart books and there you go, you have functionality running in the cloud, also it’s really cheap to do so. There are number of concepts supported here; for instance, you have some flexibility and how you get build around it, you have ability to diagnose and debug, so diagnose running functions, debug things during development time, you have the ability to scale them or perform them or the concept of doable function, so across multiple runs, they can remember state, you’ve a concept of function apps, your multiple functions can get together and do something meaningful, security, audio authenticate to a function, both as a web survey, so perhaps as a user, there is no reason why a function cannot act as a website function proxys, Micro services architecture and so much more. So, let me walk you through a little bit of an overview of what are we covering in this video. We will start with an introduction and that is what you are watching now, then we will dive into the concept of triggers and bindings. It is very important to understand what triggers and bindings are because they are fundamental about the capabilities and concepts of Azure functions and then finally we will wrap up by offering a simple Azure function. The title of the scores is getting started with Azure functions and that’s exactly how you should treat it. There are plenty of other advanced concepts that we will eventually need to learn, but as they say, let’s get started.