This is a surgical treatment done laparoscopically allowing for video capture of a step-by-step approach. Viewers will have an increased knowledge of treating a cesarean scar ectopic pregnancy surgically as well as repairing the defect to reduce future recurrence. This is an ideal video for general OB/GYNs, minimally invasive gynecologic surgeons, reproductive endocrinology and infertility specialists, maternal fetal medicine experts, medical students, residents, sonographers, and radiologists. 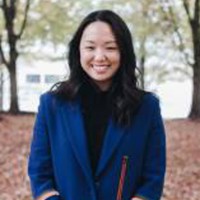 Dr. Rachel Yoon is currently a Minimally Invasive Gynecologic Surgical Fellow through the AAGL under the mentorship of Drs. Miller and Cholkeri-Singh. Prior to fellowship, she completed OBGYN residency at Mercy Hospital in St. Louis and her medical school training at the University of Ilinois. 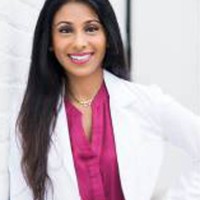 Dr. Aarathi Cholkeri-Singh is a Fellow of the American College of Obstetricians and Gynecologists and is in private practice with Dr. Charles E. Miller at The Advanced Gynecologic Surgery Institute in the metropolitan Chicago area. During her fourth year of residency, she was accepted as a Minimally Invasive Gynecologic Surgical Fellow through the AAGL, the world’s largest organization dedicated to minimally invasive gynecologic surgery. Her training was based on the East Coast at Harvard and Brown Universities’ hospital affiliates. She trained with six different surgeons in the fields of General Gynecology, Reproductive Endocrinology, Gynecologic Oncology and Urogynecology.

During Dr. Cholkeri-Singh’s career, she has proven to be an effective leader, educator and contributor to the community and academic societies. She has presented on multiple occasions at national and international meetings, published manuscripts in well-recognized, peer-reviewed medical journals and contributed three book chapters to two different medical textbooks published. Dr. Cholkeri-Singh’s current research concerns are laparoscopic myomectomy, bleeding rates after laparoscopic supracervical hysterectomy, adhesion prevention at time of laparoscopic surgery, enhancing visualization at laparoscopy, minilaparoscopy, and hysteroscopic sampling for abnormal uterine bleeding.

Dr. Cholkeri-Singh is an active member of The American College of Obstetricians and Gynecologists, the AAGL, ISGE and SLS. She has served as a faculty member for these societies, their conferences and committees, and continues to be invited annually for active participation. Dr. Cholkeri-Singh is the Associate Director of Minimally Invasive Gynecologic Surgery, the Associate Director of the AAGL fellowship program in Minimally Invasive Gynecologic Surgery and the Director of Gynecologic Surgical Education at Advocate Lutheran General Hospital in Park Ridge, IL. She also is a Clinical Assistant Professor for the Department of Ob/Gyn at the University of Illinois at Chicago, Chicago, IL and Lecturer for the Department of Ob/GYN at Rosalind Franklin University of Medicine and Science, North Chicago, IL. She continues to be an ad hoc reviewer for The Journal of Minimally Invasive Gynecology (JMIG), The European Journal of Obstetrics & Gynecology & Reproductive Biology, Gynecologic & Obstetric Investigation, International Journal of Fertility & Sterility, as well as many others. 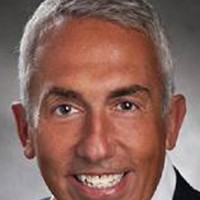 Dr. Charles E. Miller is a Fellow of the American College of Obstetricians and Gynecologists and is in private practice in metropolitan Chicago where he specializes in the treatment of infertile couples and minimally invasive gynecologic surgery. Dr. Miller is the Founder, President, and Medical Director of The Advanced IVF Institute and The Advanced Gynecologic Surgery Institute, Charles E. Miller, MD & Associates. Per the Society for Assisted Reproductive Technology’s (SART) 2016 statistics, Dr. Miller’s clinic was number one in the state for fresh embryo transfers for women in the under 35 age group as well the 35-37 age group. Nationwide, Dr. Miller’s clinic ranked number 19 and 16 respectively.

A graduate of the honor’s program in Medical Education at Northwestern University, Dr. Miller completed his residency in Obstetrics and Gynecology at the University of Texas Southwestern Medical School, Parkland Memorial Hospital. Dr. Miller then matriculated at the Hospital of the University of Pennsylvania, where he earned his fellowship in reproductive endocrinology and infertility.

Dr. Miller is an internationally renowned expert in minimally invasive gynecologic surgery and the treatment of infertility. Dr. Miller is a Past President of the International Society for Gynecologic Endoscopy (2011-2013) and is a Past President of the AAGL (2007-2008), the world’s largest organization dedicated to minimally invasive gynecologic surgery. Dr. Miller is the Director of Minimally Invasive Gynecologic Surgery and the Director of the AAGL Fellowship Program in Minimally Invasive Gynecologic Surgery at Advocate Lutheran General Hospital in Park Ridge, Illinois. In addition, given Dr. Miller’s interest and expertise in egg freezing, he was recently appointed the Consulting Reproductive Endocrinologist of Advocate Lutheran General Hospital’s Hematopoietic Progenitor Cell Transplantation (HPCT) Program. Dr. Miller currently holds the position of Clinical Associate Professor, Department of OB/GYN, at the University of Illinois at Chicago.

At the recent AAGL 47th Global Congress on Minimally Invasive Gynecology (November 2018 – Las Vegas, NV), Dr. Miller was the recipient of the John F. Steege, MD Mentorship Award. This award recognizes an AAGL member who has provided support and encouragement to the next generation of surgeons in the specialty of minimally invasive gynecology for at least 10 years.

This richly illustrated book draws on recently acquired knowledge to provide the reader with comprehensive, up-to-date information on the full range of obstetric complications that may be encountered...

Bleeding During Pregnancy
A Comprehensive Guide

The phenomenon of bleeding has been shown to appear in up to 22% of all pregnancies and is associated with significant maternal and fetal morbidities, and even mortality. Although vaginal bleeding occurs...

This book covers the entire topic of recurrent miscarriage extensively. Chapters cover demographics to recent and future management options. A special section on the role of controversial strategies has also...

Cesarean scar pregnancy is a rare, but clinically significant occurrence that leads to severe complications such as early uterine rupture, massive hemorrhage, preterm delivery, and emergency hysterectomy. Prompt diagnosis and proper treatment can avoid these serious complications and preserve future fertility. Unfortunately, because of the rarity of this clinical diagnosis, there is a scarcity of centers with high volume experience with its treatment, and currently no standardized diagnostic or management guidelines are available.

Our practice consists of high volume gynecologic surgeons with a wide referral network. This has resulted in robust experience and exposure to the diagnosis, management, and treatment of this rare occurrence. We hope that our video allows you to better diagnose, counsel, and manage patients with Cesarean scar pregnancies.