Transcallosal-Transseptal-Interfornicial Approach to a Tumor of the Third Ventricle

The video describes the partial removal of an optic pathways glioma in a 17-month old baby presenting with gait disturbances and torticollis. The pre-operative MRI revealed the presence of a large mass in the optic chiasm and hypothalamic area, extending postero-superiorly into the third ventricle, occluding both foramens of Monro and inducing supratentorial hydrocephalus, that was treated by implant of a ventriculo-peritoneal shunt; it also showed the presence of a relatively large cyst of the septum pellucidum and multiple small nodules disseminated in the ventricular cavities and through the intracranial and spinal subarachnoid spaces. All the options to surgical approach to this tumor are analyzed on the basis of the pre-operative MR imaging. 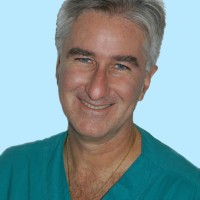 Dr. Giuseppe Mirone is a Neurosurgeon in the same department, After his residency in neurosurgergy in Naples, he was visiting resident at the Department of Neurological Surgery, University of California at San Francisco (UCSF) and completed his training following clinical and research stages in Boston, Marmara, Paris. His main areas of interest are neuroendoscopy, skull base surgery, central and spinal nervous system surgery, functional neurosurgery for movement disorders.

In this video, we will show the transcallosal transseptal interfornical approach to the third ventricle. I’m Giuseppe Cinalli, director of pediatric neurosurgery at Santobono-Pausilipon Children’s Hospital in Naples, Italy. The video describes the surgical approach performed to achieve a partial removal of an optic pathways glioma in a 17-month-old baby presenting with gait disturbances and torticolis. The MRI revealed the presence of a large mass in the optic chiasm in the hypothalamic area, occluding both foramens of Monro, inducing hydrocephalus.

Hydrocephalus was treated with a ventriculo-peritoneal shunt. MRI showed, in addition, the presence of a cyst of the septum pellucidum, and multiple nodules disseminate in the ventricular cavities, and through the intracranial and the spinal spaces. The patient had a nice postoperative result. Postoperative MRI showed adequate debunking of the tumor. Histology confirmed as disseminated pilomyxoid astrocytoma, the patient did not develop any postoperative deficit. The chemotherapy protocol for low grade glioma was started, and follow up MRI at one year showed further reduction of the residual mass.