Introduction to NumPy, MatPlotlib And Pandas

This brief course will introduce you to data APIs and third-party Python libraries. It provides hands-on examples on procuring, cleaning, and analyzing data, allowing you to learn how Python can be leveraged to enhance your statistical analysis. You will make use of NumPy, pandas, and Matplotlib for visualizations and also go through forecasting techniques used in technical analysis. After gaining insights on data transformation, you will learn to estimate derivative values using Monte Carlo simulation. Transforming data into information will give you ideas that can be used to take short-term investment decisions. In conclusion, you will use statistical and technical techniques for analyzing security price movement.

Experienced Python developers who’d like to leverage the power of Python for financial data analysis and security.

This video will introduce you to data APIs and third-party Python libraries. It provides hands-on examples on procuring, cleaning, and analyzing data, allowing you to learn how Python can be leveraged to enhance your statistical analysis. You will make use of NumPy, pandas, and Matplotlib. 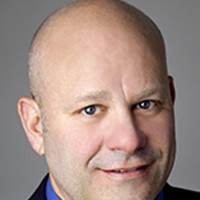 Matthew Macarty was principal of EMME Consulting, an early stage venture capital consulting and research organization. He has held management positions in the healthcare and hospitality industries and has served as project manager for a large-scale e-commerce development. Matthew holds a Master in Business Administration degree from Whittemore School of Business and Economics, and a Bachelor of Science in Biology and Nutritional Sciences from the University of New Hampshire.

Matthew recently completed work on a DoD SBIR research grant on applications of machine learning in threat assessment and teaches topics in decision sciences such as business statistics, quantitative methods and introductory programming at Bentley University. He runs a YouTube channel where he creates appealing training videos on Python and has over 3,000 subscribers.

Deal with data, build up financial formulas in code from scratch, and evaluate and think about money in your day-to-day life. This book is about Python and personal finance and how you can effectively mix the...

Learn how to use Python and its structures, how to install Python, and which tools are best suited for data analyst work. This book provides you with a handy reference and tutorial on topics ranging from...

Beginning Python
From Novice to Professional

Gain a fundamental understanding of Python’s syntax and features with this up–to–date introduction and practical reference. Covering a wide array of Python–related programming topics, including addressing...

Welcome to our short course on data analysis of stock prices. And for this course, we’re going to assume that you have installed the Anaconda for Python 3 platform by visiting anaconda.com.

In this video, we’re going to talk for a few minutes about APIs. And we need to talk about these APIs because that’s where we’re going to be getting the data, the real data, about the stock that we’re analyzing.

So what is an API? It’s an acronym that stands for Application Programming Interface. And the idea behind this is that it abstracts away a lot of the logic involved with interacting with third-party software and databases. So the idea is that you don’t necessarily need to know everything that’s going on with the software. You just need to know what certain functions do.

Now, there’s two major types for finance. There’s data providers, which is what we’re going to be using, and then there are trading platforms. I’ll leave it up to you to explore those if you’re interested.

So let’s take a look at what happens when we do a Google search for Python finance API. OK, so you can see that there’s just over 16 million results when I do this. And if I scroll through, it gives you an idea of some of the things that are out there.

Now, we’re going to use something called pandas_datareader, and that does not come installed with the Anaconda platform. What the data reader is– it’s a wrapper around a number of other APIs that we just saw out there. So IEX is one of them. Moody’s is another, Morningstar, Google, and Yahoo Finance.

OK, so when I go to the data reader docs, this is what I see. And it is, like I said, a wrapper around another of other service providers. So here’s the list. Some of these are going to require you to get a key to access the API. So a lot of them, what they have is a free version and then a paid version. So all of those are going to require an API key even if you’re just going to be accessing the free version of the software.

So the reason I’m using Yahoo Finance is because, for our purposes, the data there is perfectly fine and there’s no API key needed. So there’s a lot less friction involved with getting data.

So next up, before we jump in on our stock price data analysis, I’m going to do a quick overview of the main workhorses we’ll be using to do the analysis– Pandas, NumPy, and Matplotlib.