Learn best practices in certificate management for SQL Server. Certificates are small snippets of text that are foundational to encrypting and decrypting data. Watch this video to learn how to safely store certificates and prevent them from falling into the wrong hands and compromising the very data you are using them to protect. Also learn how to ensure that you still have access to needed certificates following a catastrophe or other data loss event, because data loss from lost certificates is a very real risk that must be managed and mitigated. 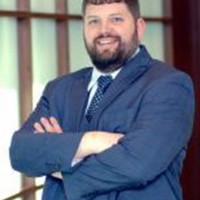 Eric Blinn has over a decade’s experience as a SQL Server DBA in the legal, software, transportation, and insurance industries. Currently he is the Sr. Data Architect for Squire Patton Boggs, a leading provider of legal services with 47 offices in 20 countries. He is also the Vice President of the Ohio North SQL Server Users’ Group. He has been a presenter at PASS Summit, SQL Saturdays, and the in.sight transportation conference.

Hello and welcome. My name is Eric Blinn. And we’re here to learn about SQL server encryption keys and certificates. A little bit about myself, I’ve been working in the SQL server space for a little over 15 years now. I’ve co-authored a few white papers and written some blog posts mostly on my website EricBlinn.com. But I’ve done a few guest articles on other sites. You may have seen me at the Ohio North SQL Server User Group in Cleveland, where I currently serve as the vise president, or at one of many SQL server community events like SQL Saturday or PASS Summit, where I try to present as time allows. Currently, I’m the senior data architect at Squire Patton Boggs, an international law firm based out of Cleveland, Ohio.

What we’re here to learn– SQL Server has many options to encrypt the data it stores along with the metadata it keeps, mostly things like passwords or other credentials. It does so using an encryption hierarchy where each layer of encryption is protected by the layer above it. These layers rely on keys and certificates to perform the encryption activities. What we’re here to learn is the different layers of that hierarchy and how to protect the keys and/or certificates at each level.

At the risk of turning this into a lesson on encryption itself, we do need to understand a few things about it to move forward, mainly these two words that we’re putting in this glossary of terms. These words are key and certificate. You’ll often hear them used interchangeably. But there is a difference. The key is the source object used to actually encrypt or decrypt data. There are different kinds of keys, but that distinction is out of scope for this video. A certificate accompanies a key and verifies its authenticity. It is these objects, encryption keys and certificates, that we’ll focus on generating and protecting throughout the course of this video.

These items we want to protect include master keys– this would be a service master key or a database master key– SQL server certificates– these we create inside the database to protect items within it– the SSRS encryption key– this is a very important and often overlooked key– and column encryption keys– this is for the Always Encrypted service. These are actually outside of the SQL Server encryption hierarchy. But they’re still very important. So we’re going to cover them. And lastly, we’ll talk about some of the best ways we can manage these keys and certificates to make sure that they are properly protected and cared for.