Getting Started with Construct 2

After watching the video, you will be able to create platform-style video games, and be sufficiently well acquainted with the software to create additional video games.

The typical viewer will be excited about video games, and only needs to be comfortable using Windows (downloading and opening files, locating and organizing files in folders). 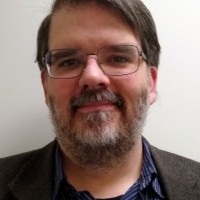 Lee Stemkoski is a professor of computer science and mathematics. He earned his Ph.D. from Dartmouth College in 2006. He has been teaching at the college level since then, with an emphasis on Java programming, computer graphics, and video game development for the past eight years. He has refined the set of topics covered and the progression of material in this book based on years of experience helping students overcome their difficulties with these particular topics. He is the author of Game Development with Construct 2 (Apress, 2017) and Java Game Development with LibGDX (Apress, 2018), in addition to many scholarly articles and game development tutorials.

Game Development with Construct 2
From Design to Realization

Design and create video games using Construct 2. No prior experience is required. Game Development with Construct 2teaches you to create 12 different game projects from a variety of genres, including car...

Java Game Development with LibGDX
From Beginner to Professional

Learn to design and create video games using the Java programming language and the LibGDX software library. Working through the examples in this book, you will create 12 game prototypes in a variety of...

Lee Stemkoski: Welcome to Creating Platform-Style Video Games with the Construct 2 Game Engine. In this video series, you will learn how to create a video game inspired by classics such as Nintendo Super Mario Brothers series. The Construct 2 game engine is beginner friendly, freely available, and will help you design and create video games quickly with no previous experience required. My name is Lee Stemkoski. I’m a college professor. I’ve written two books on game development and I’ve been teaching people of all ages how to make video games for nearly a decade.

The specific topics you learn in this video series include: creating video games with a Construct 2 game engine, level design, creating levels using tile maps, platformer physics and character animation, creating an interactive environment complete with collectible items and moving enemies, designing a user interface, creating special effects both visual and audio, and finally exporting your games to websites so you can share them with your friends and family.

As a preview of what’s to come, here’s the Construct 2 game engine software. This is what it will look like after you’re finished designing your game. There’s a layout which makes designing your levels simple. There’s an event sheet which contains your instructions or code for the game. And when you’re finished, you can export and play your games in multiple ways such as a web browser. So here I am playing the game. I’m walking and jumping around the level. I’m controlling our main character, Jack the Koala, collecting items and avoiding enemies. Eventually working my way around to the flagpole, which represents the end of the level.

By the end of this video series, you’ll learn how to use the Construct 2 game engine to create a similar video game and you’ll be able to build on your skills and knowledge to create other games as well.