Understanding Movement and Rotation in C#

Create great games that feature characters and objects that move and rotate constantly: spaceships, enemies, aliens, vehicles and more! This video shows you that being able to code movement and rotation is therefore a critical skill for any games programmer. In this comprehensive course, games-development expert Alan Thorn demystifies the fundamentals of movement and rotation for objects using C#. You’ll explore how to move objects smoothly at a specified speed, how to work with collisions and movement, how to rotate objects to face specific directions, how to rotate objects around pivot points, and lots more. Finally, you will see how vectors and quaternions interact to create complex motion and rotation in 3D space.

People interested in learning games programming and who are looking to improve their skills and have fun making games. 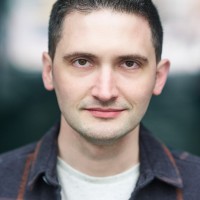 Alan Thorn is an internationally recognized expert on video games and education. He specializes in mentoring the next generation of creative innovators for success. With 18 years of industry experience, Alan has written 28 books, presented 30 online courses and created 33 games including the award-wining adventure, Baron Wittard: Nemesis of Ragnarok. Alan is dedicated to helping creative teams make high-impact experiences, and he currently leads the prestigious MA programme for ‘Games Design and Development’ at the BAFTA-winning ‘National Film and Television School’, an incubation space for breakthrough gaming talent. Alan is a pioneer of the new ‘Open Stream model’ of transformative learning, and he advises in higher education on curriculum content and instructional design. Alan speaks passionately worldwide about the future of game creation.

By the end of this course, you’ll have a solid understanding for how we can move and rotate objects using Unity.