Moving to an Open Source World

Moving away from a largely proprietary software world and towards OSS can be a big decision. This video helps you ensure that this decision works right for you and your organisation, and that can involve evaluating several different aspects of the move.

Also, a number of myths and misbeliefs abound concerning OSS. It is important to separate the facts from the fiction, so you can avoid misleading information that might lead you to make the wrong decision.

This video breaks the decision process down into a series of considerations (costs, licensing, quality, and so on). By doing so, you will understand the consequences involved and gain a useful framework for making the decision yourself. This video also educates you about prominent myths concerning OSS, thus helping you avoid being misled when making your evaluations.

A typical viewer has some experience in terms of programming skill, but they have used only proprietary tools. They are aware of what OSS is, and they are considering moving at least part of their toolset to open source solutions. 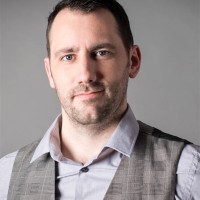 Karl Beecher lives a double life as a writer and software specialist. When being a writer, he focuses on science and technology. He likes to take meaty, complex ideas and present them in ways that are easy to understand. As a software specialist, Karl has worked as a software engineer, earned a PhD in computer science (focusing on open source software), and co-founded a company specializing in open source software. You can find him on Twitter @karlbeecher.

Explore the practical process of moving part or all of your software usage towards open source software (OSS). The material in this video is divided into two parts, each offering a different perspective – one...

Learn everything you need to know about free and open source software (OSS) using this video introduction. You will understand the need for OSS, the motivation behind its emergence, and its philosophy, in...

Karl Beecher: You might have heard that open source is eating the world. You might even have heard about the many benefits you’re starting to unlock by moving from proprietary software and taking up open source software instead. You might be tempted to make such a move yourself.

This video, entitled Moving to an Open Source World, will help you prepare by breaking the entire decision process down into a series of considerations. Each one will explain the differences between open source and proprietary software, expose any myths, and suggest what to do to unlock the benefits and avoid the drawbacks. This will give you a useful framework to understand what’s involved in migrating to open source software and to base your own evaluations on when deciding for yourself whether open source software is right for you.

Each segment in the video covers a single consideration, and those are costs, licensing and warranty, independence, transparency, quality, user-friendliness, inter-operability, and support. So I look forward to seeing you in the first segment.