Learn the basics of how to program in Swift and say “Hello, World!” This video covers the essential elements of the Swift programming language from variable and class declarations, to strings and characters, collection types, switch statements, and more. By the end of the Swift 4.2 Essentials, you’ll have the ability to create your own basic iPhone and iPad apps and work with all the necessary tools provided by Apple for iOS development.

A student learning the language or a mobile developer with experience in another language looking to switch to Swift development. 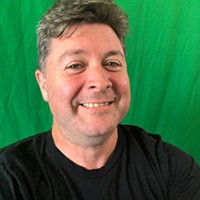 Mark Hoath has been an Apple Developer for over 10 years and developing in Swift since its release. He’s also experienced in C / C++, PHP, Node.JS, and Objective C programming with a focus on interface and networking in his career. He has found success at both the corporate and startup levels.

Welcome to Swift Essentials. In this first lesson we are going to cover the basics of programming, and specifically the Swift programming language. Programming is the manipulation of information or data through the use of logic and manipulating data with commands and algorithms which we call functions. At its basic level, all data is a series of bits, which is short for binary digit. A bit is binary, and can therefore only be on or off, and it is represented by either a zero, or a one. By grouping bits together we are able to build other data types which is convenient for humans to use such as bullions, true or false, integers, which are whole numbers, or floating point numbers which are decimals, or even strings which would be for text.

We create source code files using the Swift Programming language. Swift has a syntax which is the agreed way to format all of our data, commands, and algorithms for the x code compiler. The compiler will compile, which is to translate our Swift commands to machine code for our mac, or iPhone to execute. Mundane compilers do more than just compile our source code. They may have leaks to version control systems, or have graphical interface editors allowing us to design interfaces, and also to upload completed products for testing or release. For this reason, compilers are often called IDEs, or integrated development environments. Those two terms are pretty much similar these days. Within our source code we’ll be using key words which are sometimes referred to as reserved words, and these are special words that the compiler uses to process the Swift syntax. This means we can’t use key words to identify anything within our source code for our own internal use. We can only use keywords for their expected use.