The Palgrave Handbook of Popular Culture as Philosophy 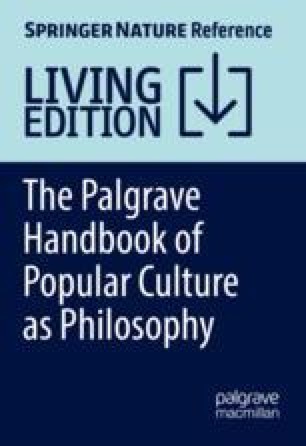 Tenet as Philosophy: Fatalism Isn’t an Excuse to Do Nothing

Christopher Nolan’s Tenet, like his film Inception, contains philosophical depth. While the core of the story is about a man on a world-saving mission, the film’s narrative raises many philosophical and thought-provoking questions. What is the nature of time? Is it possible to reverse an object’s entropy and the flow of time? Can causal loops exist? Can the grandfather paradox be solved? One of the most striking and cerebral aspects of Tenet, though, is that it makes an argument for metaphysical fatalism, the idea that every event in the world is fated, and could not have been otherwise. “What’s happened, happened.” But it also argues that even if we live in a fatalistic world, our actions still matter. The fatalist view isn’t an excuse to do nothing. But are Tenet’s arguments philosophically defensible? In this chapter, an examination of the film itself, as well as a discussion of the issues that surround fatalism, will reveal that the film’s conclusion is on solid ground.