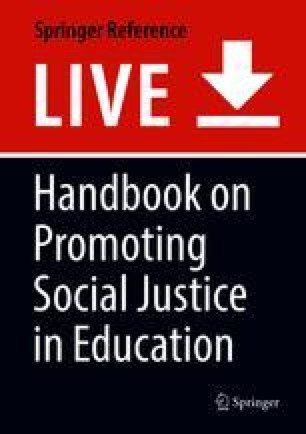 Indigenous Languages of Scotland: Poverty Culture and the Classroom

Scotland’s indigenous languages were, for very many years, under attack. The Gaelic of the Highlands and Western Isles, arguably one of the earliest written European languages, after Greek and Latin, briefly flourished around 1000CE as the language of the Scottish Royal Court. Scots, spoken by the mass of the people, was the language of the Makars, renowned medieval poets. Gaelic was effectively ignored but for attempts by the Scottish Society for the Propagation of Christian Knowledge to engender transient bilingualism in order to have Gaelic diminished and then forgotten. After James VI of Scotland became James I of the United Kingdom of England and Scotland, the Authorized Edition of the Bible was commissioned and published but only in English, no Scots version being deemed necessary. After the Union of the Parliaments in 1707, what prestige remained to the Scots language diminished rapidly and henceforth almost the entire written output from Scotland has been in English. Exceptions have included MacDiarmid’s poetry, Lochhead’s translation into Scots of Molière’s Tartuffe (1664/1986), and Trainspotting.

Declining in status, Scots became increasingly confined to the working class, whose route to upward mobility would include replacing it with English or Scottish Standard English. Not being associated with social class did not mean Gaelic being served, or viewed, much better than Scots.

Over many years, Gaelic was attacked on all sides, parents were convinced not to speak the language to their children and those same children might risk punishment if caught speaking the language at school. Being so distinct from English, it was always considered a language in its own right and eventually could be studied in those secondary schools which offered it as a native, or learned, language. In the beginning of the 1980s, publicy-funded, Gaelic-medium primary and secondary schools opened in most parts of Scotland, and, by law, if sufficient parents request Gaelic-medium primary education for their children, local authorities are required to make the necessary arrangements.

Scots, for its part, was, until very recently, frequently denigrated as “bad English” – except for its occasional use in recitations of the poetry of Robert Burns – and its speakers could find themselves punished, whether chastised in schools or routinely mocked in person and in the media. A result was a linguistic insecurity with the Scots speaker, whether child or adult, becoming self-conscious and tongue-tied in the presence of authority figures.

Until Devolution in 1999, the Scottish Office, a branch of the UK national government, was in overall charge of schooling in Scotland and did little to support Scots in the school curriculum. The creation of the devolved Scottish Parliament saw a shift in attitudes toward the indigenous languages of Scotland, and these changed out of all recognition in the space of remarkably few years. Gaelic-medium schools continue to expand, even in the face, sometimes, of difficulties in recruiting teachers sufficiently fluent to be able to teach in the language. Scottish literature, including literature actually written in Scots, features prominently in school examination syllabuses.