Encyclopedia of Hydrology and Lakes 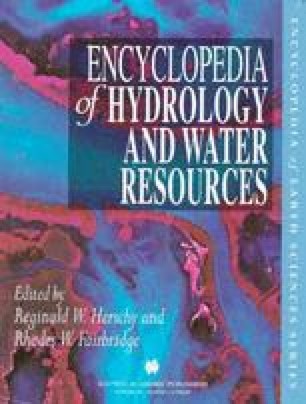 Encyclopedia of Hydrology and Lakes pp 89-95 | Cite as

Asia covers one-third of the Earth's surface and almost every known climate occurs on this continent. It is the largest and most climatically continental, has the highest average elevation above sea level, and is wettest, coldest and physically most diverse of all continents. Other than climate, few common denominators unite this vast land mass (Tsuchiya, 1964; Dando, 1983a,b; Oliver, 1984).

Climates in Asia are subject to land influences as opposed to maritime influences, and seasonal variations in temperature and moisture are extreme. Asia's climates differ from region to region because of variations in the amount, intensity and spatial distribution of solar energy, temperature, humidity and precipitation, atmospheric pressure and winds and storms, but there is unity in Asia's climatic diversity that is provided by the monsoon effect. Latitudinal differences in the amount of solar energy received provide the basic climatic control for Asia, extending from well above the Arctic Circle...
This is a preview of subscription content, log in to check access.