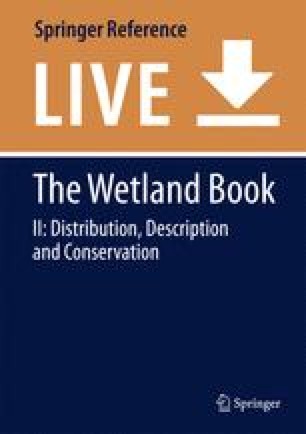 In Tampa Bay, Florida, USA, reduction in wastewater nutrient loading of approximately 90 % in the late 1970s resulted in rapid reduction of more than 50 % of external total nitrogen loading. Continuing nutrient management actions from public and private sectors are associated with a steadily declining TN load rate since the mid-1980s -- despite an increase of more than 1M people living within the Tampa Bay metropolitan area since then—and with concomitant reduction in chlorophyll-a concentrations and ambient nutrient concentrations. Seagrass extent has increased by more than 65 % since the 1980s, and in 2014 exceeded the recovery goal adopted in 1996. There is evidence that Tampa Bay’s successful seagrass recovery may provide additional benefits, including buffering of global ocean acidification trends and increased carbon sequestration, both of which can be important to compensate for negative impacts of CO2 emissions. Maintaining Tampa Bay’s positive trajectory towards recovery will require continued watershed-based nutrient management and community involvement.

Here, we provide a synopsis of seagrass recovery in Tampa Bay as more fully described in Greening et al. 2014.

Tampa Bay is a large (water surface area of 1,036 km2), shallow (mean depth 4 m), Y-shaped embayment located on the west-central coast of the Florida peninsula, USA (Fig. 1). The bay receives fresh water runoff from a watershed that covers an area of about 5,700 km2. Its bathymetry has been modified by the construction and maintenance of shipping channels, dredged to depths of about 13 m. Model-based estimates of baywide residence times range from weeks to months and are primarily influenced by tides, winds, and the historic dredging alterations to bathymetry (Weisberg and Zheng 2006; Meyers et al. 2013).

Much of the land area that adjoins the bay is highly urbanized, including the cities of Tampa, St. Petersburg, Clearwater, and Bradenton, as well as numerous smaller municipalities. More than 2.3 million people currently live within the jurisdictions that directly border the bay, a number that has more than quadrupled since the early 1950s (US Census Bureau). The bay shoreline is dominated by urban land uses on its northern and western sides and by a combination of agricultural, industrial, and suburban land uses on the east, while much of the southern extent is natural shoreline. Several active port facilities with bulk commercial shipping interests and cruise terminals occur in the upper and lower bay and are an important component of the local economy.

In the late 1970s and 1980s, the degrading ecological condition of Tampa Bay became more visible to the people living along its shoreline and in the watershed. Macroalgae mats (including Ulva sp) were washing up on shorelines, large phytoplankton blooms were occurring, seagrass beds were disappearing, and populations of valued and visible fauna such as birds, fish, and manatees were decreasing (Yates et al. 2011; Morrison et al. 2014). These observations coincided with a rapid increase in human population, from less than 0.5 million in 1950 to 1.5 million in 1980 (Greening et al. 2014).

Several key events have occurred within the Tampa Bay region which led to the bay’s recovery. Beginning in the late 1970s and continuing throughout the present recovery period, citizen engagement and pressure shaped the management efforts of both public and private entities. A major turning point for Tampa Bay occurred in the 1980s when implementation of state legislation requiring more stringent treatment standards for wastewater plants discharging to Tampa Bay was enacted. This legislation was prompted by citizen demands to local and state elected officials to improve the water quality of Tampa Bay. Upgrades to wastewater treatment plants and initiation of large-scale reclaimed wastewater programs during the late 1970s reduced the amount of total nitrogen (TN) being discharged from these sources into the bay by 90 % (Johansson 2003). Implementation of advanced wastewater treatment and reuse provided the beginnings of the bay’s recovery. In 1996, local and regional partners working together through the Tampa Bay Estuary Program (TBEP) adopted numerical seagrass protection and restoration goals (ca. 15,400 ha or ca. 95 % of 1950s levels), and adopted numerical water transparency targets (expressed as annual mean Secchi disk depths), annual mean chlorophyll-a concentrations, and annual TN loading rates which supported attainment of the seagrass goals. The development of the goals and targets followed a multistep process (Greening and Janicki 2006; Greening et al. 2011, 2014) involving joint collaboration between public and private sectors.

To help meet the TN loading rate target, TBEP created an ad hoc public/private partnership known as the Tampa Bay Nitrogen Management Consortium (TBNMC) in 1996. The TBNMC’s objective is to implement actions to meet the nutrient load targets developed for Tampa Bay. Since 1999, projects have been implemented to reduce nitrogen loads to the bay by about 270,000 kg each year (or about 7.9 % of the average total Tampa Bay load from 2000 to 2011). In total, from 1992 to 2015, TBNMC participants have invested over US$450 million in projects and actions to reduce nutrient loads to Tampa Bay to meet the protective load targets for the bay. These voluntary actions and associated improvements in water quality have now been accepted by federal and state regulatory agencies as adequate to meet regulatory requirements (Greening et al. 2014).

On a baywide basis, there were marked responses in the environment to the management and regulatory actions taken since the early 1980s. Most notable was the reduction in TN load from point sources (PS). Point source TN loads declined from a ca. 1976 worst case load of 5.4 million kg/year to 0.5 million kg/year by the mid-1980s. Nonpoint sources have now become the predominant TN load to Tampa Bay, contributing >57 % of the total external nutrient load to the bay (Fig. 2).

While the human population residing in the Tampa Bay watershed from 1980 to 2011 increased by more than 1.1 million, TN load per capita continues to decrease. In the early 1980s, per capita TN load was approximately 6.6 kg/person/year. From 1985 to 1989 it was approximately 2.1 kg/person/year; from 1990 to 1999, 1.8 kg/person/year; and from 2000 to 2011, 1.3 kg/person/year. These continued per capita declines reflect an ever expanding human population, but declining TN loads entering the bay from the watershed due to implementation of multiple nutrient reduction projects and programs as outlined above. Further translated, current per capita TN load has declined by about 80 % since the early 1980s (Greening et al. 2014).

On a long-term basis, changes in seagrass cover in the bay have reflected changes in water quality. Analysis of aerial photographs, habitat maps, and the extent of urbanization show that seagrass cover in Tampa Bay has fluctuated markedly during the roughly six-decade period (1950–2014) for which baywide photography is available. Cover declined by an estimated 7,600 ha (or about 50 %) between the early 1950s and early 1980s, during a period characterized by widespread physical impacts (e.g., dredging and filling) and increasingly poor water quality. Cover then increased by about 7,550 ha from the early 1980s through 2014, as the magnitude and frequency of physical impacts were reduced and water quality improved. Aerial photographs taken in 2014 show that the seagrass extent met and exceeded the recovery goal, and is now 16,307 ha, surpassing the original recovery goal of 15,400 ha set in 1996 (Fig. 3).

The observed relationship between increased urbanization in coastal areas and decreased estuarine condition throughout the world has been well documented (NRC 2000; Cloern 2001; Garnier et al. 2002; Bricker et al. 2007; Duarte et al. 2013). In contrast to many coastal systems throughout the world, the water quality and seagrass improvements that started to be observed in 1985 in Tampa Bay have occurred simultaneously with an increase in the extent of urbanized land and an additional 1.1 million people (a population increase of 40 %) living in the watershed during this same time period. The many projects and actions completed by public and private sectors appear to have offset nutrient loading contributions (both wastewater and nonpoint sources) typically contributed by increased population and urbanization.

Likewise, recent habitat modeling suggests that carbon sequestration benefits of Tampa Bay seagrass will be important to compensate for potential future emergent tidal wetland habitat carbon sequestration losses (Sheehan and Crooks 2016; Sherwood and Greening 2014). Sea level rise and coastal development may synergistically reduce future emergent tidal wetland habitat areas, thereby reducing their potential to sequester atmospheric CO2. If seagrass are able to rapidly expand to newly inundated areas where emergent tidal wetlands may be lost, then Tampa Bay seagrass habitats may continue to offer “blue carbon” benefits to global efforts to mitigate the negative impacts of CO2 emissions. Based on this scenario, it has been estimated that the suite of Tampa Bay coastal habitats, including expanding seagrass areas, may sequester up to 74 million metric tonnes of greenhouse gas emissions, an equivalent of removing 160,000 cars from Tampa Bay roads every year until 2100 (Sheehan and Crooks 2016).

Two broad conclusions can be drawn from the Tampa Bay example. First, under certain conditions some of the impacts of estuarine eutrophication, including loss of seagrass, can be reversed. The second conclusion is that continued watershed-based nutrient management and community involvement is critical for addressing the impacts brought about by an increasing human population, and potentially by future climate change.

Key management elements that have contributed to the observed improvements in Tampa Bay during the past several decades, as summarized in Greening et al. 2014, include:

Local governments, municipalities, and private businesses around the world realize the importance of a healthy watershed and bay environment to the economy and quality of life of their regions. Many are also facing requirements to meet federal, state, and local water quality regulations. In Tampa Bay, local communities, governments, and industries developed voluntary water quality goals and nutrient loading targets to support recovery of clear water and underwater seagrasses in the mid-1990s, and have implemented more than 500 projects since that time to help meet the nutrient loading targets developed for Tampa Bay. Their collective efforts, starting with significant wastewater point source reductions and continuing with nutrient loading reductions from atmospheric, industrial, agricultural, and community sources, have resulted in a present-day Tampa Bay which looks and functions much like it did in the relatively predisturbance 1950s period. In total > $0.6 billion has been invested by the collective management community towards Tampa Bay’s overall recovery. Maintaining this progress, and potentially expanding efforts to ensure seagrass persist into the future, is paramount to make certain that the large monetary and community capital investments to date are not squandered in the future.