The Palgrave Handbook of the Public Servant 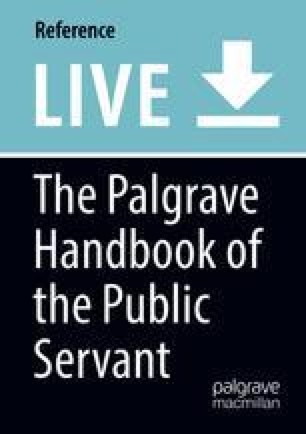 Increased reliance on private-sector organizations to provide public goods and services has brought public servants into greater contact with nongovernment actors and shone a spotlight on ethical differences between the public sector and the private sector, particularly the for-profit sector. Though both public and private sectors share certain organizational values such as efficiency and effectiveness, the public sector is uniquely committed to upholding values central to liberal-democratic government, including impartiality and accountability, while the commercial private sector places more emphasis on profitability and innovation. Public servants therefore need to be aware of how tensions between these competing value-sets may compromise core government values. For example, the public sector is subject to a much greater range of reporting and scrutinizing mechanisms which means that outsourcing runs the risk of seriously reducing levels of accountability and transparency. Contractors may need to allow access to public accountability agencies such as government auditors and ombudsmen. Public servants, in turn, should be wary of adopting private-sector protections, such as “commercial-in-confidence,” as a pretext for excessive secrecy. The public-sector value of impartiality is also under potential threat from legitimate private-sector conventions of doing favors for friends and relations. When applied to the public sector, these translate into corrupt practices of cronyism and nepotism. Private contractors exercising professional discretion when delivering complex services to the public need to be guided by the same general concern for the public interest as public employees. This may require including adherence to public-sector values as part of the contract or relying on contractors from the nonprofit sector who already subscribe to these values.

© The Author(s), under exclusive licence to Springer Nature Switzerland AG 2020