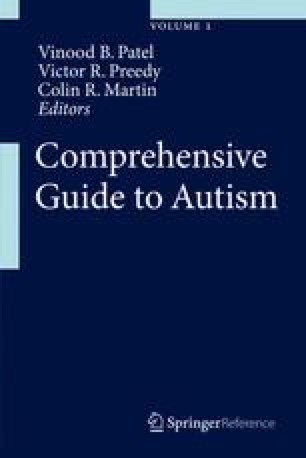 The Checklist for Autism Spectrum Disorder (CASD) is a quick and valid instrument for screening for and diagnosing children with autism across the entire autism spectrum, regardless of age, IQ, or autism severity. The CASD is for children 1–16 years of age and is completed and scored by clinicians or parents in 15 min. The 30 CASD symptoms are scored as present or absent based on lifetime occurrence. The CASD is normed and standardized on 2,469 children with autism, other clinical disorders, and typical development (Mayes SD. Checklist for autism spectrum disorder. Chicago: Stoelting; 2012). Children with high-functioning autism and low-functioning autism earn CASD total scores at or above the autism cutoff of 15. In contrast, children with typical development, attention deficit hyperactivity disorder, anxiety disorder, depression, oppositional-defiant disorder, language disorder, learning disability, mental retardation, cerebral palsy, traumatic brain injury, and hearing impairment have CASD scores below 15. In the United States national standardization study conducted by the Stoelting Company, the CASD completed by clinicians differentiated children with and without autism with 99.5 % accuracy.

Autism Spectrum Disorder Traumatic Brain Injury Attention Deficit Hyperactivity Disorder Cerebral Palsy Attention Deficit Hyperactivity Disorder
These keywords were added by machine and not by the authors. This process is experimental and the keywords may be updated as the learning algorithm improves.
This is a preview of subscription content, log in to check access.