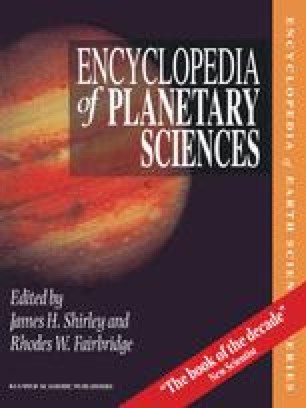 Tidal heating is the increase in internal thermal content of a planet or moon associated with the differential gravitational force (or tide) between two bodies in orbit about their common center of mass. Because the force of gravity depends upon distance, the gravitational force between two objects of finite size is not uniform within the interiors of the objects. Variation in distance between two bodies, for example a satellite in an eccentric orbit around a planet, will therefore lead to variation in the gravitational force felt within the bodies over the period of one orbit. This variation in force leads to distortion of the material structure, and hence movement of elements relative to each other with consequent frictional heating of the interior of both bodies. Most commonly, in the case of the moons of the giant planets, the fluid internal structure of the giant planet is less dissipative than the solid or partially molten interior of the rocky or icy moon. Much of the tidal...