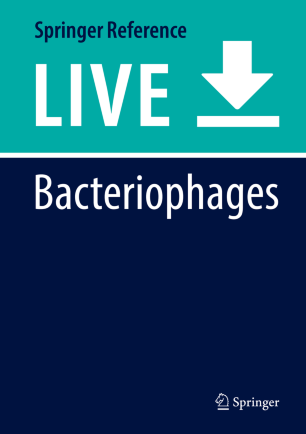 The intention is to provide a defininitive reference work on the technological and therapeutic applications of bacteriophages. The main areas to be covered are indicated in the subtitles. It is intended to avoid an overdependence on reciting the history of the approach and rather to concentrate on its practical utility, albeit placing that in its appropriate context.

Dr. David Harper has a scientific background in virology and microbiology is the Chief Officer of Evolution Biotechnologies. He was the founder, CEO and CSO of Biocontrol Limited and CSO of AmpliPhi Biosciences and managed the first modern regulated clinical trial to demonstrate the efficacy of bacteriophages. He is a member of the Alternatives to Antibiotics panel, a collaboration between the Wellcome Trust and the UK Department of Health.

Dr. Stephen Abedon has been a member of the faculty of the Ohio State University, Department of Microbiology, for over 20 years. He has been studying bacteriophages for 30-plus years and has approximately 100 phage-based publications including six monographs or equivalents on phages which he has edited (five) or authored (one), along with three more edited volumes currently in progress. Additional information and resources can be found at abedon.phage.org.