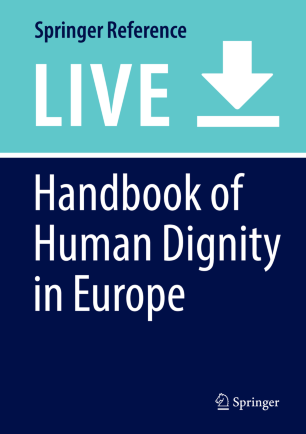 Handbook of Human Dignity in Europe

As a reaction to the barbaric events during World War II, human dignity (dignitas) found its way into international law. Article 1 of the Universal Declaration of Human Rights (UDHR) states that “[a]ll human beings are born free and equal in dignity and rights.” The starting point for developing the concept on a national level was the codification of human dignity in article 1, paragraph 1 of the German Grundgesetz. Consequently, the concept of human dignity spread throughout Europe and, in the context of human rights, became a fundamental legal concept.