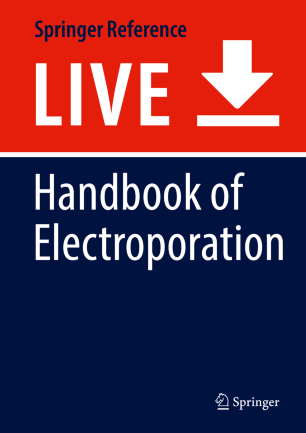 This major reference work is a one-shot knowledge base on electroporation and the use of pulsed electric fields of high intensity and their use in biology, medicine, biotechnology, and food and environmental technologies. The Handbook offers a widespread and well-structured compilation of chapters ranging from the foundations to applications in industry and hospital. It is edited and written by most prominent researchers in the field. With regular updates and growing in its volume it is suitable for academic readers and researchers regardless of their disciplinary expertise, and will also be accessible to students and serious general readers.

The authors of chapters have established scholarly credentials and come from a wide range of disciplines. This is crucially important in a highly interdisciplinary field of electroporation and the use of pulsed electric fields of high intensity and its applications in different fields from medicine, biology, food processing, agriculture, process engineering, energy and environment. An Editorial Board of distinguished scholars from across the world has selected and reviewed the various chapters to ensure the highest quality of this Handbook.

The book was edited by an international team of Section Editors:

Bibliography:
Prof. Miklavcic has authored or co-authored over 900 papers, including over 230 original articles in scientific journals. His works have been cited over 4200 times (Sources: Wos, Sicris databases).

Click the icon on the right for a printout of his complete bibliography:

Additional activities:
•  Member of the Council

of the Bioelectrochemical Society (2009–)