Encyclopedia of Sex and Gender 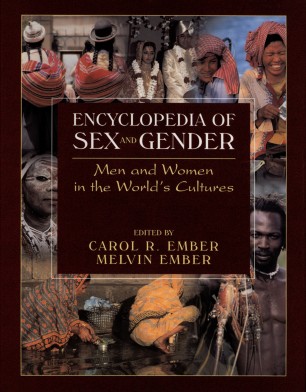 The central aim of this encyclopedia is to give the reader a comparative perspective on issues involving conceptions of gender, gender differences, gender roles, relationships between the genders, and sexuality. The encyclopedia is divided into two volumes: Topics and Cultures.

The combination of topical overviews and varying cultural portraits is what makes this encyclopedia a unique reference work for students, researchers and teachers interested in gender studies and cross-cultural variation in sex and gender. It deserves a place in the library of every university and every social science and health department.