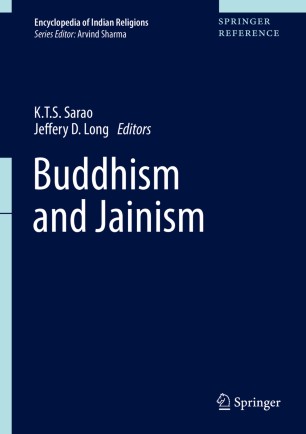 The Encyclopedia of Indian Religions offers a complete overview of Hinduism and all other religions found in India and the Diaspora, such as Buddhism, Jainism, Sikhism, Islam, Christianity, Judaism and so on. It is strongly characterized by two special features, each pertaining to the fact that Hinduism is closely associated with India but has now become global in its reach. In relation to Hinduism in India, it views Hinduism not in isolation but in dynamic interaction, first with other religions of Indian origin and then with religions which did not originate in India but have been a lasting feature of its religious landscape, namely, Islam and Christianity and, to a lesser extent, Zoroastrianism and Judaism. Secondly, the encyclopedia seriously takes into account the phenomenon of Hinduism in the Diaspora. The Indian Diaspora is now beginning to make its presence felt, both in India and abroad. In India, the Indian government annually hosts a Diaspora event called Pravasi Bharatiya Divas (PBD), in recognition of the growing importance of the 20 million strong Diaspora. And the role it is playing in the computer software industry around the world is well known. Although not all Indians are Hindus, most are, both in India and abroad. A strong sense of Hindu identity is emerging among diasporic Hindus. This has lead to an increasing amount of research on Hindu traditions and Indian identity, and the relation of Hinduism with other world religions. The Encyclopedia of Indian Religions will fill the need for information and clarification of modern day Hinduism and Hindu history and traditions to Hindus in the Diaspora. Three main aspects of diasporic Hinduism have been kept in mind while preparing this reference work: firstly the active language of diasporic Hindus is English. Secondly diasporic Hindus need a rational rather than a devotional or traditional exposition of the religion, and thirdly they need information and arguments to address the stereotypes which characterize the presentation of Hinduism in the academia and the media, especially in the West. The above is covered in a comprehensive reference work that covers: (1) Hinduism in various parts of the world such as Africa, North America and so on, along with the description of it as practiced in India; (2) the various religious movements of a Hindu hue which have had international impact such as Hare Krishna, and (3) Hindu beliefs and practices as they are being understood and lived out in a modern global environment. And (4), as not all Indians are Hindu, this encyclopedia will contain entries on all religions found in India in the same spirit.

Part of the Encyclopedia of Indian Religions book series (EIR)