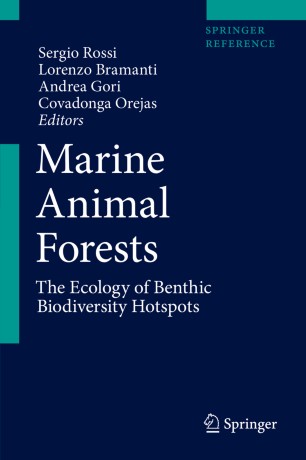 The Ecology of Benthic Biodiversity Hotspots

During the last decades there has been an increasing evidence of drastic changes in marine ecosystems due to human-induced impacts, especially on benthic ecosystems. The so called “animal forests” are currently showing a dramatic loss of biomass and biodiversity all over the world. These communities are dominated by sessile suspension feeder organisms (such as sponges, corals, gorgonians, bivalves, etc.) that generate three-dimensional structures, similar to the trees in the terrestrial forest. The animal forest provide several ecosystem services such as food, protection and nursery to the associated fauna, playing an important role in the local hydrodynamic and biogeochemical cycles near the sea floor and acting also as carbon sinks. The present book focus its attention on these three dimensional animal structures including, for the first time, all the different types of animal forests of the world in a single volume.