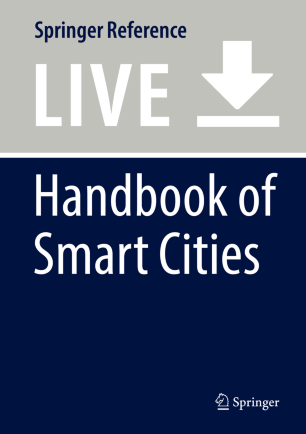 This Handbook presents a comprehensive and rigorous overview of the state-of-the-art on Smart Cities. It provides the reader with an authoritative, exhaustive one-stop reference on how the field has evolved and where the current and future challenges lie. From the foundations to the many overlapping dimensions (human, energy, technology, data, institutions, ethics etc.), each chapter is written by international experts and amply illustrated with figures and tables with an emphasis on current research.

The Handbook is an invaluable desk reference for researchers in a wide variety of fields, not only smart cities specialists but also by scientists and policy-makers in related disciplines that are deeply influenced by the emergence of intelligent cities. It should also serve as a key resource for graduate students and young researchers entering the area, and for instructors who teach courses on these subjects.

Dr. Juan Carlos Augusto, (Licenciate in Computer Science - 1992, Ph.D. in Artificial Intelligence – 1998, M.Sc. in Higher Education Practice - 2009) is Professor of Computer Science at Middlesex University, London, UK.  He is also the Head of the Research Group on Development of Intelligent Environments and its Smart Spaces Lab. With a technical background on Artificial Intelligence, Software Engineering and Human-Computer Interfaces, his research interests are on the design and implementation of Intelligent Environments with special interest in the improvement of the intelligence, interfaces and development process of systems in this area.  The application domain he most often explored has been Ambient Assisted Living, physical and emotional wellbeing, and technology supported Education, however he is interested in other applications of sensing too.  His interests intersect with several areas, for example, User-centred computing Context-awareness, Internet of Things, and Ubiquitous Computing.
He has contributed to the research community with more than 230 publications, including the following co-edited books: Designing Smart Homes (Springer, 2006), Advances in Ambient Intelligence (IOS Press, 2007), Human-Centric Interfaces for Ambient Intelligence (Academic Press, 2009), the Handbook on Ambient Intelligence and Smart Environments (Springer, 2009), the Handbook on Ambient Assisted Living (IOS Press, 2012), and Recent Advances in AAL (IOS Press, 2016).
He has given more than a dozen invited talks and tutorials, most of them related to AmI and AAL, for international workshops and conferences.  He has also chaired numerous technical events.  More recently he has been Programme Chair of Pervasive Healthcare 2011 (Dublin), Program Chair of Intelligent Environments 2011 (Nottingham), Landscape Track Chair for AmI’11 (Amsterdam), Program co-Chair of Intelligent Environments 2012 (Guanajuato, Mexico), General co-Chair of EvAAL’13, Program co-Chair of Intelligent Environments 2013 (Athens, Greece), and General Chair of Intelligent Environments 2016 (London, UK).
He was appointed as Editor in Chief of the Book Series on Ambient Intelligence and Smart Environments (IOS Press), co-Editor in Chief of the Journal on Ambient Intelligence and Smart Environments (IOS Press); and co-Editor in Chief of the Journal on Reliable Intelligent Environments (Springer), and as Editorial Board member for several international journals including the journal on Human-centric Computing and Information Sciences (FTRA-Springer) and the Journal of Sensors and Networks (MDPI).
He has participated in fourteen research projects and has been the Principal Investigator for eight of them.  He has recently led the Middlesex University team for an EU funded project: “PersOnalized Smart Environments to increase Inclusion of people with DOwn's syndrome (POSEIDON)”, Objective ICT-2013.5.3 "ICT for smart and personalised inclusion", and is currently leading the healthcare validation setting of the CHIST-ERA funded project “SecUre aCCESSibility for the internet of things (SUCCESS)”. He is also currently involved in two projects with London companies and Boroughs to encourage citizens to be more aware of their level of physical activity and nutrition choices.
He is a member of several European advisory boards for government and funding organizations, including assessment of proposals submitted to funding calls in nine different countries around the world.  He has also advised the EC as an external referee for funding calls as well as a monitoring expert on following the development of two ARTEMIS-JU research projects.  He is also a member of the following professional organizations: IEEE (SMC branch), BCS (British Computer Society), ACM, and AAAI. He was recognized as an AAAI Senior Member (as of July 2014) and as a BCS Professional Fellow (as of December 2011).