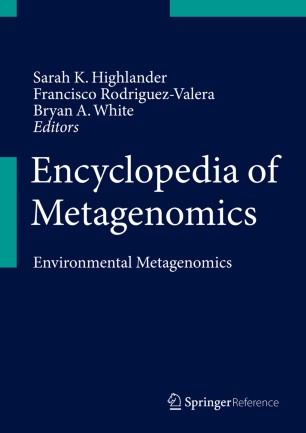 Metagenomics has taken off as one of the major cutting-edge fields of research. The field has broad implications for human health and disease, animal production and environmental health. Metagenomics has opened up a wealth of data, tools, technologies and applications that allow us to access the majority of organisms that we still cannot access in pure culture (an estimated 99% of microbial life). Numerous research groups are developing tools, approaches and applications to deal with this new field, as larger data sets from environments including the human body, the oceans and soils are being generated. See for example the human microbiome initiative (HMP) which has become a world-wide effort and the Global Ocean Sampling (GOS) surveys. The number of publications as measured through PubMed that are focused on metagenomics continues to increase. The field of metagenomics continues to evolve with large common datasets available to the scientific community. A concerted effort is needed to collate all this information in a centralized place. By having all the information in an Encyclopedia form, we have an opportunity to receive seminal contributions from the leaders in the field and at the same time provide this information to a significant number of junior and senior scientists, via colleges, libraries, and just through online access. This format also allows scientists in the developing world to have continued access to this growing field. It is anticipated that the Encyclopedia will also be used by many other groups including, clinicians, undergraduate and graduate level students, as well as ethical and legal groups associated with or interested in the issues surrounding metagenome science.