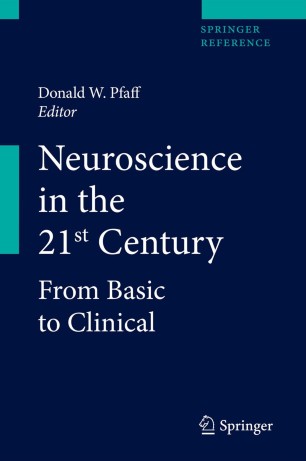 Neuroscience in the 21st Century

From Basic to Clinical

Edited and authored by a wealth of international experts in neuroscience and related disciplines, the aim behind this key new resource is to offer medical students and graduate researchers around the world a comprehensive introduction and overview of modern neuroscience.

Neuroscience research is certain to prove a vital element in combating mental illness in its various incarnations, a strategic battleground in the future of medicine,  as the prevalence of mental disorders is becoming better understood each year. Hundreds of millions of people worldwide are affected by mental, behavioral, neurological and substance use disorders. The World Health Organization estimated in 2002 that 154 million people globally suffer from depression and 25 million people from schizophrenia; 91 million people are affected by alcohol use disorders and 15 million by drug use disorders. A more recent WHO report shows that 50 million people suffer from epilepsy and 24 million from Alzheimer’s and other dementias.

Because neuroscience takes the etiology of disease—the complex interplay between biological, psychological, and sociocultural factors—as its object of inquiry, it is increasingly valuable in understanding an array of medical conditions. A recent report by the United States’ Surgeon General cites several such diseases: schizophrenia, bipolar disorder, early-onset depression, autism, attention deficit/ hyperactivity disorder, anorexia nervosa, and panic disorder, among many others. Not only is this volume a boon to those wishing to understand the future of neuroscience, it also aims to encourage the initiation of neuroscience programs in developing countries, featuring as it does an appendix full of advice on how to develop such programs.  With broad coverage of both basic science and clinical issues, comprising 106 chapters from a diversity of international authors and including complementary video components, Neuroscience in the 21st Century will serve as a comprehensive resource to students and researchers alike.