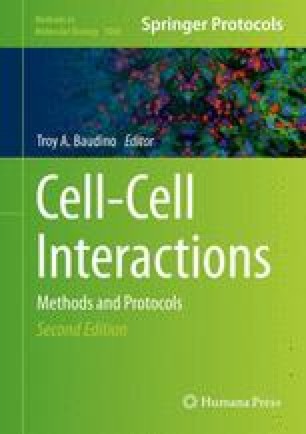 Lipid rafts are plasma membrane microdomains that serve as platforms for the assembly of proteins involved in signal transduction pathways. Given that lipid rafts are relatively resistant to cold extraction with nonionic detergents, lipid raft associated and nonassociated proteins have been identified using biochemical methods such as sucrose-gradient density centrifugation. For identification of raft-associated proteins in individual cells, imaging methods, such as fluorescence microscopy, can be used. Detergent solubilization of non-raft regions of the plasma membrane and extraction of non-raft associated proteins are done on cells affixed to microscope slides and prior to immunostaining. This methodology has the advantages of requiring smaller cell numbers than traditional biochemical methods and also permits the study of migration of signaling proteins into and out of rafts during cell activation. An additional adaptation of the method allows identification of lipid raft-associated proteins during cognate interactions between cells. Here, as an example, we describe the methodology used in our laboratory to study lipid raft-associated molecules during T lymphocyte interactions with antigen-presenting cells.

Lipid rafts, also called glycolipid-enriched membranes or detergent-insoluble glycosphingolipid-enriched domains, have been studied in the context of neurotransmission, regulation of membrane fluidity, and also receptor signaling and receptor trafficking in different cell types (reviewed in [1]). However, most studies have focused on their role as platforms for assembling signaling clusters in activating immune cells (B and T lymphocytes). Lipid rafts are formed through enrichment of certain membrane lipids, particularly cholesterol, glycosphingolipids, and sphingomyelin, surrounded by unsaturated glycerophospholipids [2]. These specialized plasma membrane microdomains are more ordered and tightly packed than the surrounding bilayer, but float freely in the membrane. Although most membrane proteins are absent from lipid rafts, GPI-linked and acylated proteins are concentrated in these microdomains [2]. Thus, membrane proteins may either be always excluded or constitutively associated with lipid rafts. Alternatively, proteins may migrate into rafts during cell activation. While not without controversy [3, 4], it is generally believed that such regulation of the spatial association or, alternatively, prevention of association, of interacting proteins plays a critical role in productive signal transduction. For example, in T lymphocytes engagement of the receptor for antigen (TCR) and subsequent cell activation is spatially regulated at a highly organized region (immunological synapse) formed at the interface between the T cell and the antigen-presenting cell (APC) (reviewed in [5]). Lipid rafts also migrate to the immune synapse and several lines of evidence point to them being a key regulator of signaling: (1) Engagement of the TCR by antigen or anti-TCR antibodies leads to rapid raft aggregation [6]; (2) Several of the molecules necessary for T cell signaling and activation are constitutively associated or migrate to lipid rafts upon TCR engagement [1, 6]; (3) Signaling protein activation, as measured by tyrosine phosphorylation, occurs on lipid rafts [1, 3]; (4) Raft aggregation alone, by clustering GM1 gangliosides with cholera toxin B, results in TCR-associated signaling molecule recruitment and tyrosine phosphorylation [6]; (5) Inhibition of cell activation (clonal anergy) was associated with exclusion of essential signaling molecules from lipid rafts [7, 8].

Compared to non-raft elements of the plasma membrane, lipid rafts are resistant to extraction at low temperature by nonionic detergents, such as Triton X-100 (TX-100) [9, 10]. Thus, rafts and raft-associated proteins are typically identified after separation of membrane detergent lysates by density gradient centrifugation [10, 11]. However, large numbers of cells are required for this technique and an alternative approach is necessary when starting material, such as subpopulations of primary ex vivo cells, is limiting. When material is limiting, raft-associated proteins may be identified on single cells using microscopy. We have adapted a method initially described by Janes et al. to identify lipid raft-associated, TCR-signaling proteins in resting T cells [6]. The cells of interest are affixed to microscope slides and non-raft proteins are extracted before staining the cells for target proteins of interest. Thus, by comparing cells that have been treated with detergent to cells that have not been treated, raft-associated proteins (present after treatment) and raft-excluded proteins (absent after treatment) can be identified. We found that cells of different differentiation stages (e.g., naive versus memory T cells) have different patterns of constitutive raft-associated signaling assemblies [12]. For example, Fig. 1 shows two signaling proteins (TCR and CD45) that are constitutive raft-associated proteins in memory cells (as indicated by resistance to detergent extraction) but not naive cells. This pattern might reflect the different activation capabilities of the two cell types. We have further extended this method to examine individual T cells during their cognate interactions with APCs and subsequent activation by specific antigen [8, 12]. We showed that regulation of lipid raft assemblies, namely exclusion of critical signaling molecules, consequently controls productive signal transduction and cell activation [8]. For example, during activation of memory T cells the critical signaling protein ZAP-70 associates with lipid rafts [1] and migrates to the immune synapse ([13] and Fig. 2). However, in memory cells exposed to a toxin that causes them to be inactivated (anergic), ZAP-70 is excluded from both lipid rafts and the immunological synapse ([8] and Fig. 2). Thus, cell activation is blocked by the physical separation of key signaling proteins.

Here we describe our laboratory’s procedure for identification of lipid rafts and raft associated proteins in individual resting T cells or interacting couplets of T cells and APCs. This method relies upon the specific identification of the signaling protein of interest by staining with fluoresceinated antibodies before or after membrane extraction with cold, nonionic detergent, followed by fluorescence microscopy. Although our focus is on immune cells, the tech-niques are adaptable to other cell types and cell–cell interactions. Furthermore, the microscopy technique also allows for examination of dynamic events occurring in individual cells (or during “cross-talk” between interacting cells) as opposed to bulk populations.

All solutions and equipment coming into contact with cells, at least through the cell culture stage, must be sterile. Prepare all solutions using Milli-Q-purified water or equivalent. Prepare and store all reagents at 4 °C, unless otherwise indicated.

Similar to the density gradient centrifugation technique, rafts and raft-associated proteins are identified by resistance to Triton X-100 solubilization. Cells are treated with detergent after adherence to microscope slides and solubilized non-raft proteins are removed by washing. Hence, fluorescent microscopy examination of individual proteins before and after exposure to Triton X-100 indicates which proteins are associated with lipid rafts. An immunological example (T lymphocytes) is described; however, the basic procedure may be adapted to other cell types.

This procedure for examination of individual cells is useful for determining if molecules of interest are constitutively associated with lipid rafts in nonactivated cells. The procedure may also be applied to cells after cell activation or receptor–ligand interaction to determine whether the molecule of interest migrates to rafts during signaling.

T cell stimulation by peptide antigen requires that the T cell physically interact with another cell (APC) for proper activation. This procedure allows for the study of movement of lipid rafts and the migration of raft-associated proteins during cell–cell interactions. The steps followed in this method are similar to those used in Subheading 3.2 above, except that prior to processing for microscopy, cell–cell conjugates are formed. APCs bind to specific antigen and then couple with specific T cells to induce T cell activation. Conjugates containing both cell types are formed and then adhered to microscope slides and cultured to permit cell signaling.

This work was supported by National Institutes of Health (AI35583).