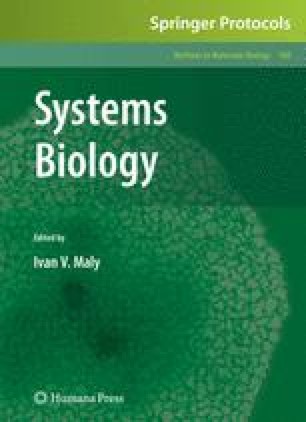 Rule-based modeling involves the representation of molecules as structured objects and molecular interactions as rules for transforming the attributes of these objects. The approach is notable in that it allows one to systematically incorporate site-specific details about protein—protein interactions into a model for the dynamics of a signal-transduction system, but the method has other applications as well, such as following the fates of individual carbon atoms in metabolic reactions. The consequences of protein—protein interactions are difficult to specify and track with a conventional modeling approach because of the large number of protein phosphoforms and protein complexes that these interactions potentially generate. Here, we focus on how a rule-based model is specified in the BioNetGen language (BNGL) and how a model specification is analyzed using the BioNetGen software tool. We also discuss new developments in rule-based modeling that should enable the construction and analyses of comprehensive models for signal transduction pathways and similarly large-scale models for other biochemical systems.