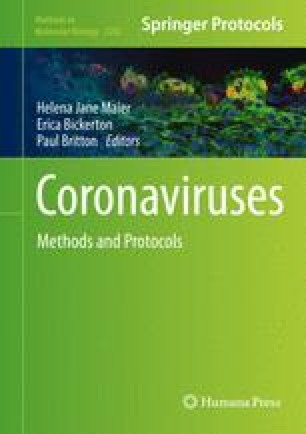 Over the last 2 decades, yeast two-hybrid became an invaluable technique to decipher protein–protein interaction networks. In the field of virology, it has proven instrumental to identify virus–host interactions that are involved in viral embezzlement of cellular functions and inhibition of immune mechanisms. Here, we present a yeast two-hybrid protocol that has been used in our laboratory since 2006 to search for cellular partners of more than 300 viral proteins. Our aim was to develop a robust and straightforward pipeline, which minimizes false-positive interactions with a decent coverage of target cDNA libraries, and only requires a minimum of equipment. We also discuss reasons that motivated our technical choices and compromises that had to be made. This protocol has been used to screen most non-structural proteins of murine hepatitis virus (MHV), a member of betacoronavirus genus, against a mouse brain cDNA library. Typical results were obtained and are presented in this report.

The yeast two-hybrid system (Y2H) was first developed in 1989 by Fields and Song [1], and quickly became a popular technology to detect protein–protein interactions [2]. Although multiple flavors of this system have been developed, it is in essence a complementation assay based on the reconstitution of a functional transcription factor mediated by protein interaction. Indeed, many transcription factors such as Gal4 exhibit a modular organization with a DNA binding domain (DB) that can be separated from the transactivation domain (AD) [3, 4]. In the Y2H system, a first protein of interest is fused to DB and a second one is fused to AD. When co-expressed in yeast, these two hybrid proteins called “bait” and “prey”, respectively, reconstitute a functional transcription factor if they physically interact. This activates a set of reporter genes, including selectable markers. For example, interaction-dependent reporter gene HIS3 enables yeast growth on a synthetic culture medium depleted of histidine (−His). This provides a system to co-express a bait of interest with a whole set of prey proteins, and then select for HIS3 positive yeast colonies that express interacting protein pairs.

Collections of prey proteins can be expressed in yeast from cDNA libraries cloned in frame with the AD sequence (AD-cDNA library). However, such libraries often have a complexity in the range of five million independent clones for complex organisms like human, which adds to the strong enrichment bias for housekeeping proteins like actin. This implies that when performing an Y2H screen, several times more yeast transformants must be obtained to cover all possible bait–prey combinations and probe underrepresented preys. This can be difficult to achieve by standard yeast transformation and requires large amounts of the AD-cDNA plasmid preparation. This limitation is partially overcome by taking advantage of haploid Mat-a and Mat-α yeast to mate and thus form diploid cells [5]. Haploid yeast of opposite mating type are pre-transformed with the DB plasmid and the AD-cDNA library, and then mated to obtain a large number of diploids co-expressing bait and prey proteins. In this experimental setting, up to 50 million diploids that represent ten times the original complexity of the AD-cDNA library can be easily generated. Besides the technical benefit of yeast mating, it is now possible to generate normalized libraries by pooling thousands of prey plasmids originating from large collections of full-length ORFs like the human ORFeome [6, 7, 8]. Since prey plasmids are represented at equimolar concentrations in such libraries, their full coverage by yeast transformation or yeast mating is by far easier to reach. However, only full-length prey proteins are expressed from such normalized libraries and because isolated protein domains often better interact in the Y2H system, this can be a source of undetected interactions (false negatives; see below). This is in contrast with AD-cDNA libraries that usually encode full-length proteins but also protein fragments generated by random priming and premature arrest of reverse-transcription when building the library from cellular mRNAs.

Although multiple protein–protein interaction assays have been developed in the last decade [9], the Y2H system is often preferred because it does not require protein purification steps, which can be technically challenging, and is amenable to high-throughput settings [10, 11, 12]. As a matter of fact, Y2H system takes advantage of yeast genetic power to dissect complex problems and perform high-throughput genetic screens by opposition to biochemical screens. Most importantly, this assay essentially provides information on binary protein–protein interactions in contrast to protein complex analysis by mass spectrometry, which does not distinguish direct from indirect partners. Nevertheless, technical limitations of the Y2H system must be considered when performing a screen. Contrary to common thought, Y2H screens generate high-quality datasets with relatively low rates of false-positive interactions when properly performed. In particular, this implies to properly evaluate for each bait construct the level of self-transactivation in yeast, and titrate down this activity at an appropriate stringency with a selective medium containing a competitive inhibitor of HIS3 gene product when performing the screen. Another important point is the elimination of satellite prey plasmids that often contaminate positive yeast colonies, and this is achieved by their serial passage on selective medium [13]. Finally, it is established that filtering out Y2H interactions supported by only one or two positive yeast colonies is essential to enrich datasets for high-quality interactions [7]. When following these recommendations, about 80 % of the interactions identified by Y2H properly retest in another experimental systems [7, 14, 15]. Although this validates Y2H data at a biophysical level, this does not imply that identified interactions are biologically relevant and participate to a specific biological process. This should be kept in mind since functional validation can be a daunting task, and represents the true bottleneck for such interaction-mapping approaches.

As a matter of fact, undetected interactions or false negatives are more problematic. The sensitivity of this assay has been estimated to 20–30 %, meaning that Y2H detects at best a quarter of the interactions from a positive control set [16]. Misfolding, mislocalization, poor expression levels, or the lack of appropriate posttranslational modifications of bait and prey proteins that are both tagged and forced to enter the yeast nucleus can explain the high false-negative rate of this assay. In addition, and even if the two hybrid proteins properly interact, steric constraints often prevent the formation of a functional transcription factor to drive reporter gene expression. To some extent, this can be circumvented by using isolated protein domains, different Y2H systems, and by swapping DB and AD tags to both extremities of bait and prey proteins [17, 18]. Beyond sensitivity of the assay, the usual incompleteness of prey libraries that are often missing several binding partners of the bait, and the multiplicity of isoforms, are the main source of false negatives. This is why screening several AD-cDNA libraries from different tissues can be advantageous to cover as much as possible the complexity of the proteome [19, 20]. Finally and as already discussed above, it can be difficult to fully probe the complexity of some libraries despite the use of yeast mating protocols and the production of millions of diploid yeast [14].

In the last decade, Y2H has been extensively used to map virus–host interactions. The main objective for different research groups was to address the lack of information in literature, and obtain proteome-scale pictures of virus infection networks [21, 22]. So far, SARS-coronavirus (SARS-CoV) is the only member of Coronaviridae family for which interactions with host factors were investigated systematically by Y2H [23]. This led to identify 132 SARS–host interactions in the high-confidence dataset (which was only partially disclosed), and an extensive mining of literature also retrieved an additional list of 27 SARS-CoV–host interactions. In particular, this report identified nsp1 interaction with several members of immunophilin and calcipressin families, which led to demonstrate SARS sensitivity to cyclosporin A. More recently, another Y2H screen performed with the C-terminal domain of the spike glycoprotein (S) identified Ezrin as a binding partner and a restriction factor of SARS-CoV [24].

Since 2005, a technological platform is up and running in our laboratory at Institut Pasteur, and dedicated to virus–host interaction mapping for a large panel of RNA viruses. Our Y2H protocol is a combination of tools and techniques greatly inspired by previous reports from Yves Jacob [25] and Marc Vidal’s group [10]. Here, we detail our Y2H protocol (Fig. 1), and present results obtained with both structural and non-structural proteins of Mouse Hepatitis Virus (MHV, strain A59). MHV is a Coronaviridae from betacoronavirus genus—like SARS-CoV—that encodes for 8 structural proteins and 16 non-structural proteins (nsps), which are poorly characterized at the functional level. In this screen we focused on those viral proteins that are known or suspected to be involved in RNA replication and transcription; nsp1–16 (with the exception of the very small nsp11) and the nucleocapsid protein N. The very large nsp3 was divided into three parts of approximately similar size (nsp3a, 3b, and 3c). In total, 15 MHV full-length proteins or isolated domains (including nsp3a and 3b) were used as bait to screen a mouse brain cDNA library. Because nsp3c, nsp6, and nsp12 segments could not be cloned in the Y2H vector, corresponding screens were not pursued. In total, 1,410 positive yeast colonies were recovered, and potential interactors identified by PCR analysis and sequencing. High-quality sequences were obtained for 1,096 positive yeast colonies, and retrieved interactions were filtered using statistical criteria to generate a high-quality dataset. In total, 39 novel interactions were identified with no precedent in literature (Table 1). Interestingly, nsp2 was found to interact with three MARK proteins (Microtubule Affinity-Regulating Kinase), suggesting a role in microtubule assembly, and this echoes Pfefferle et al. report that showed ORF9b and nsp13 of SARS-CoV binding with MARK2 and 3 [23]. In addition, nsp7 was found to bind the small glutamine-rich tetratricopeptide repeat-containing protein alpha (SGTA), like ORF7a from SARS-CoV [26].
Table 1

3.4 Testing the Transactivation of HIS3 Reporter Gene by Gal4-DB Bait Constructs

Before performing a screen, determine basal transactivation of HIS3 reporter gene for each viral bait protein fused to Gal-DB (see Note 7 ).