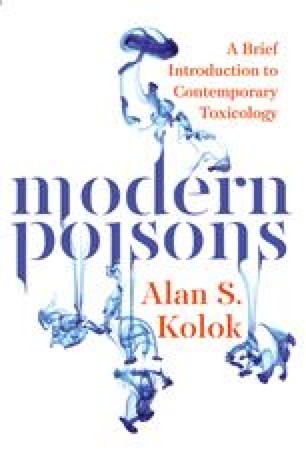 Given the enormous importance of the human brain, one might think that our bodies would have evolved extensive safeguards to protect it from toxic compounds. Yet the brain is so easily intoxicated with some very common chemicals that we don’t even question it. Alcohol, nicotine, caffeine, heroin, methamphetamine, cocaine—they all travel in the blood, reach the cranium, and enter into the cerebral spinal fluid so quickly and efficiently that the brain seems to be defenseless against chemical onslaught. If the brain is so critical to our existence, how is it that the psychoactive substances mentioned above, which are all toxic molecules, can all so easily enter into the inner recesses of the brain and alter its function?

Parent Compound Toxic Compound Receptor Site Cerebral Spinal Fluid Diphenyl Ether
These keywords were added by machine and not by the authors. This process is experimental and the keywords may be updated as the learning algorithm improves.

— Franz Kafka, “A Message from the Emperor”