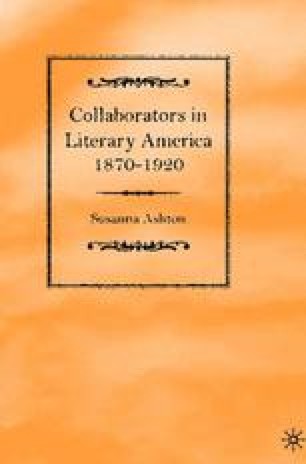 The King’s Men, or a Parable of Democratic Authorship

The mid-twentieth century revolution in England successfully deposed King George V some seventeen years before the story of The King’s Men: A Tale of To-morrow (1884) begins. This imaginary British Democracy was far from stable, but under the leadership of Lemuel Bagshaw, President of the Republic of Britain, the government had steadied the economy and redistributed a great deal of the property and wealth which had previously been in the hands of the enfeebled aristocracy. Although still looking to the United States for advisors and support, the imaginary Republic of Great Britain seemed to be entering the twenty-first century with a bright future before it. For the new citizens of this democracy, however, loyalty to history, to nobility, and to all that the monarchy represented was not such an easy thing to shake off. A collaborative, futuristic novel, The King’s Men chronicles a conspiracy of royalists who seek to overthrow the democratically elected leader and reseat their dim-witted King on the throne.

Direct Representation Legal Writing Collective Engagement Chain Gang Collective Authorship
These keywords were added by machine and not by the authors. This process is experimental and the keywords may be updated as the learning algorithm improves.
This is a preview of subscription content, log in to check access.